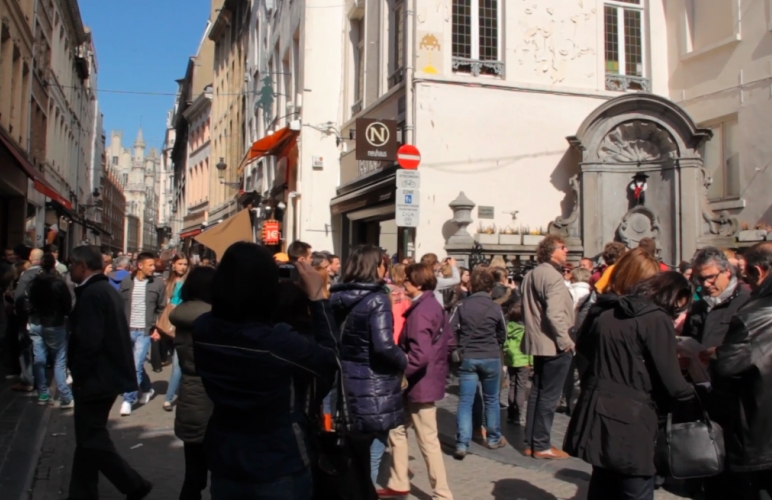 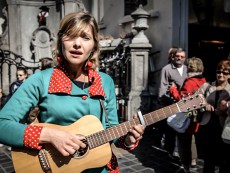 We discovered her almost by coincidence at Café Belga back in 2010.  There she was, alone in her vichy dress, earrings in the form of cherries, her feet in the middle of a plastic mini garden... Wi...

This bronze statuette, created in the 17th century by J. Duquesnoy the elder, embodies the irreverent spirit of Brussels. Also known as “Little Julian”, due to confusion with another fountain, het Juliaensborreke, it was one of the many fountains serving the city.

From being a public fountain, the little fellow has now become a legendary figure. He has been given numerous costumes and decorations and his wardrobe now comprises some 800 items, recently restyled in an appealing scenography (see Museum of the City of Brussels). The oldest (known) costume was given to him by the Elector of Bavaria in 1698. Manneken-Pis has, alas, been the victim of several acts of vandalism. It was in 1745 that he was kidnapped for the first time by the English. Two years later, it was the turn of the French to steal him. Hearing of this, Louis XV gave him, by way of reparation for this outrage, a rich costume in gold brocade and decorated him with the cross of Saint-Louis. In 1817, the statuette was stolen again, this time by a reprieved French convict, and was found broken in pieces. The fragments were used to make the statuette which you can see today on the old fountain.