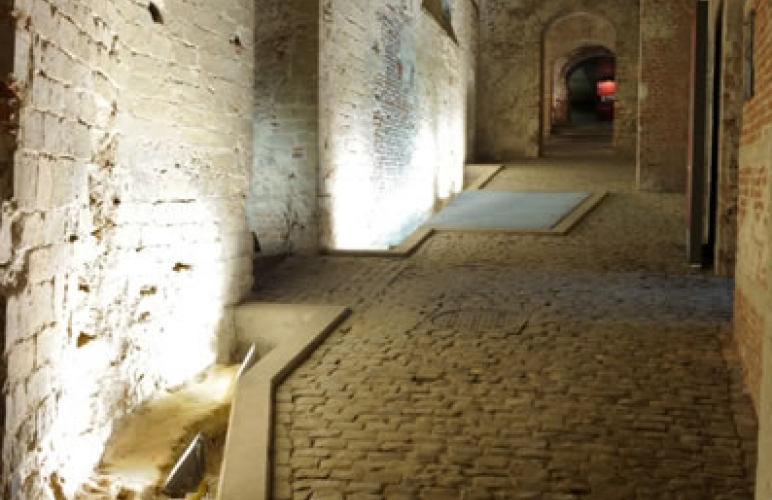 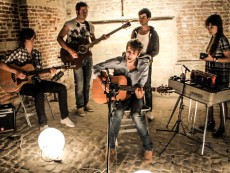 Belgian or not, The Tellers were not aware of what is hiding under the Place Royale of their capital city. The remains of the former Brussels palace thus served as a decor for this rock session. ...

The huge Coudenberg Palace, which was the pride of our princes and governors, vanished in the 18th century, initially destroyed by a fire in 1731, then finally demolished more than 40 years later to make way for the Royal Quarter that we know today.

25 years of archaeological digs have uncovered the remains of certain parts of the palace and the area around it. During an underground tour, visitors can explore the cellars of the main body of the medieval castle of the Dukes of Brabant (12th-14th centuries), the foundations and ground level of the palace chapel (built under the reign of Charles V, Holy Roman Emperor, in the 16th century), Rue Isabelle/Isabellastraat which linked the palace to the collegiate church of Saint Gudula, the Hoogstraeten hotel, whose incredible Gothic gallery overlooked the garden and, last but by no means least, the lower levels, mainly the kitchens and Aula Magna, the grand stateroom constructed between 1452 and 1460 for Duke Philip the Good. This prestigious space was, in the past, used to host major events in the life of the Court in Brussels, such as Mary of Hungary’s accession to power in 1530, the abdication of Emperor Charles V in 1555, royal balls and weddings, like that of Alexandre Farnèse and Maria of Portugal in 1565.