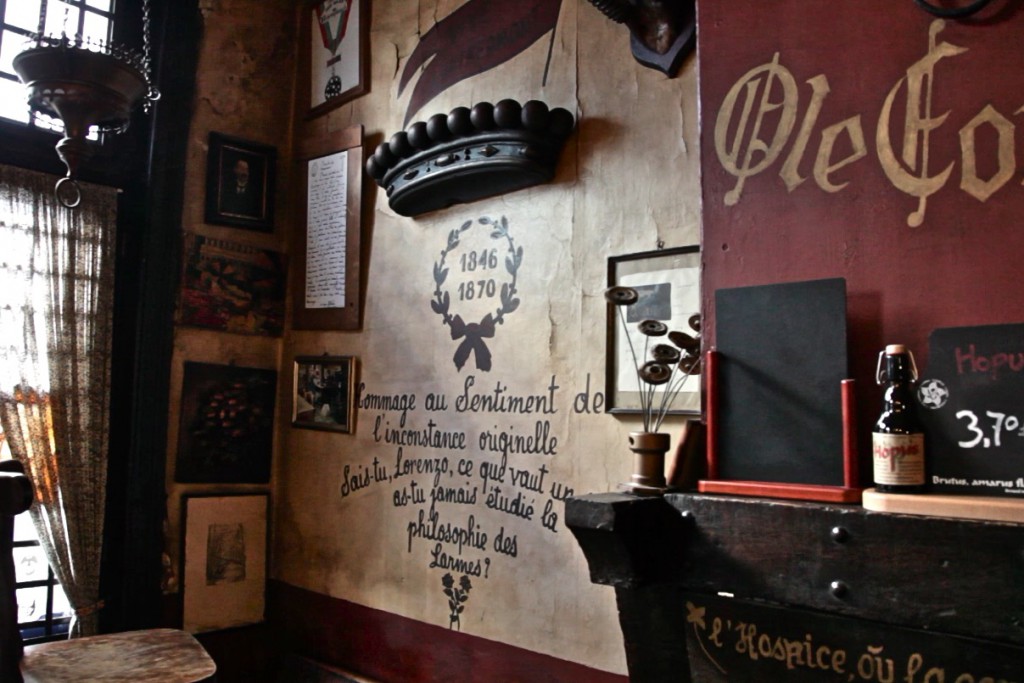 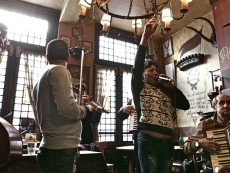 A shooting like no other!  On the occasion of the new album by Taraf de Haïdouks and his 25th anniversary, we suggested the group interpret a title from their last opus in a Brussels 'estaminet' "...

This modest two-row house dates from the 17th century. In 1830, like the neighbouring houses, it was redeveloped by architect H.L.F. Partoes. As indicated by a polychrome commemorative plaque, the Sisters of Charity of Saint Vincent de Paul established themselves in the building in 1843.

At the beginning of the 20th century, the house changed occupants and, finally, in 1944, Geert Van Bruaene founded the bar La Fleur en papier doré, which survived until 2006. Listed and restored, the bar reopened in 2007, having lost none of its atmosphere, with its façade still bearing its name and its famous wrought iron branches. Inside, drawings, collages, aphorisms and unusual objects jockey for position on the walls of this local pub, famous for having long been the spot for Brussels’ Surrealists. At one time, René Magritte, Marcel Mariën, Marcel Lecomte, Louis Scutenaire, E.L.T. Messens, Paul Collinet, Irène Hamoir and Marc Eemans would gather here. It then became a favoured establishment of members of the Cobra movement. One would then come across Wout Hoeboer, Christian Dotremont or Hugo Claus, Louis-Paul Boon, Jan Walravens, Simon Vinkenoog and even Jean Dubuffet.