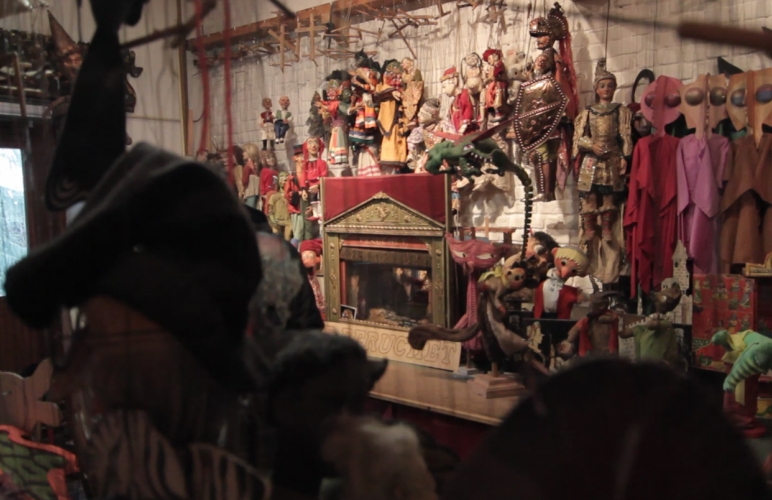 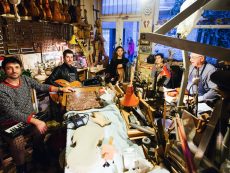 The Peruchet Theater was founded in 1929 by Carlo Spéder, its first director until 1958.

The name Peruchet originally cames from one of the daughters of the founder, and is short for “the theater of my dear father.” In 1931, the theater moved to the Joseph Lebeau Street in downtown Brussels. In 1938, the theater moved to another mansion on the Chaussée de Charleroi and adopts an international museum, the first dedicated to puppetry in Belgium. In 1940, the theater creates a puppet academy to form the puppeteers. The foundations are laid.

In 1950, the founder met a young cartoonist from the Hergé Studios, Mr. Frans Jageneau (1927-2010). Soon, this young man will become the principal collaborator and the director of the Academy in 1952, as well as the manufacturer and scenographer. In 1958, at the Brussels World Exhibition and the International festival organized on the occasion by the Theatre Peruchet, the passionate and creative disciple will take over for more than 45 years. More than 2,000 puppets will be manufactured and more than sixty new shows will be created.

In 1968 the Peruchet theater moved into the current white farmhouse located in the commune of Ixelles in Brussels. 1968 was also the year of the meeting with Madam Biserka Assenova, graduate of staging and dramaturgy of DAMU (the famous Academy of Arts in Prague), puppet theater section, and disciple of the great Czech masters: Jan Malík and Erik Kolár. They will never leave each other. It is where the puppet school of Western Europe meets the puppet school of Eastern Europe.

The Peruchet theater has over 200 shows per year, including at least fifty shows performed in most cultural centers in Belgium and at festivals throughout Europe. It continues to amaze children in France, Italy, Switzerland and above all in Belgium.

In 1983, after 15 dormant years, the treasures of the Peruchet collections found a place in a museum built by the Jageneau family.

We encourage you to accompany your children, nephews, godchildren, children, little brothers … to one of the shows offered by the Theatre. The most curious ones will look discretely behind the scenes and see the passion and magic that operate between Dimitri, his mother and their assistants.