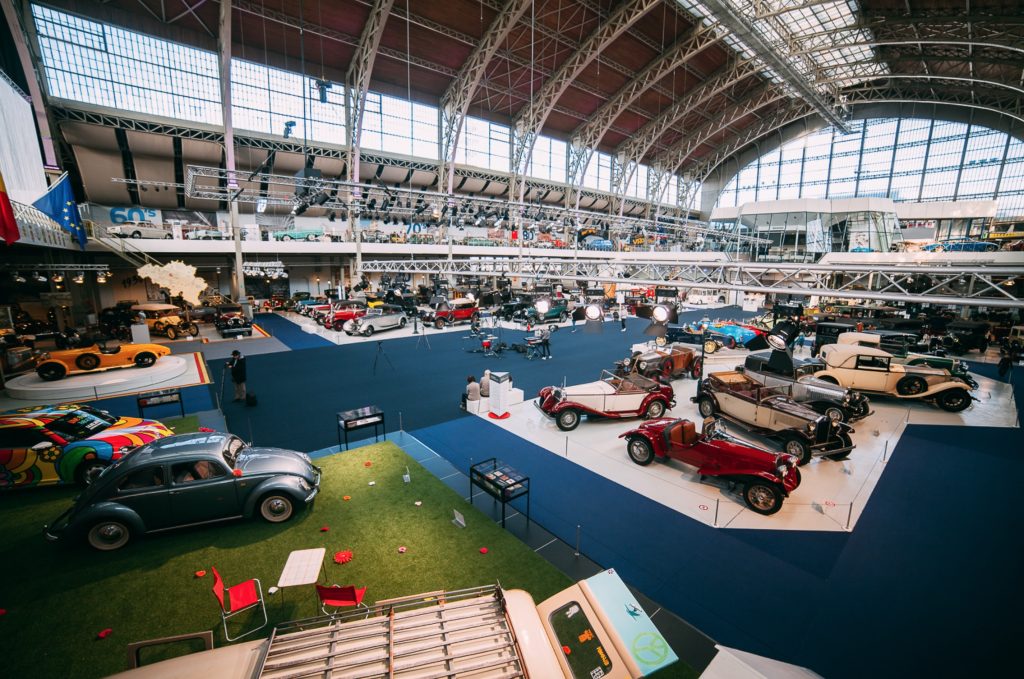 In 1880 the Belgians celebrated the fiftieth anniversary of their independence: it was an ideal pretext to organize a National Exhibition. Barely a year before the exhibition Léopold II asked the architect Gédéon Bordiau to trace the main outlines of a huge park on an abandoned military training camp outside the city itself: the plateau of Linthout, which covered 12 hectares.

Bordiau designed two buildings for this Exhibition linked by semi-circular colonnades with an Arch of Triumph built in the extension of the Rue de la Loi: an avenue leading to Tervuren was also planned.

The museum’s housing treasures of the history of the motor car, thanks to Ghislain Mahy’s and his family’s gamble, and the gentle but uncontested force of persuasion of a prince who later became King Albert II. They were helped by the combined support of the ministerial responsibilities of the late vice-president of Autoworld, Minister Louis Olivier, formerly in charge of public works, and President Herman De Croo, communications minister for eight years. Autoworld is a highly-colorful environment adapted for teaching purposes and created to continue evolving on a non-stop basis.

Decades of evolution in technology, comfort, safety and increasing concern with the environment are on display here via superb coaches and countless motorized vehicles. From the earliest models of the distant past to contemporary cars that prefigure the automobile of tomorrow and beyond, the visitor is guided through the fabulous history of the motor car thanks to technical but easily comprehensible commentaries.