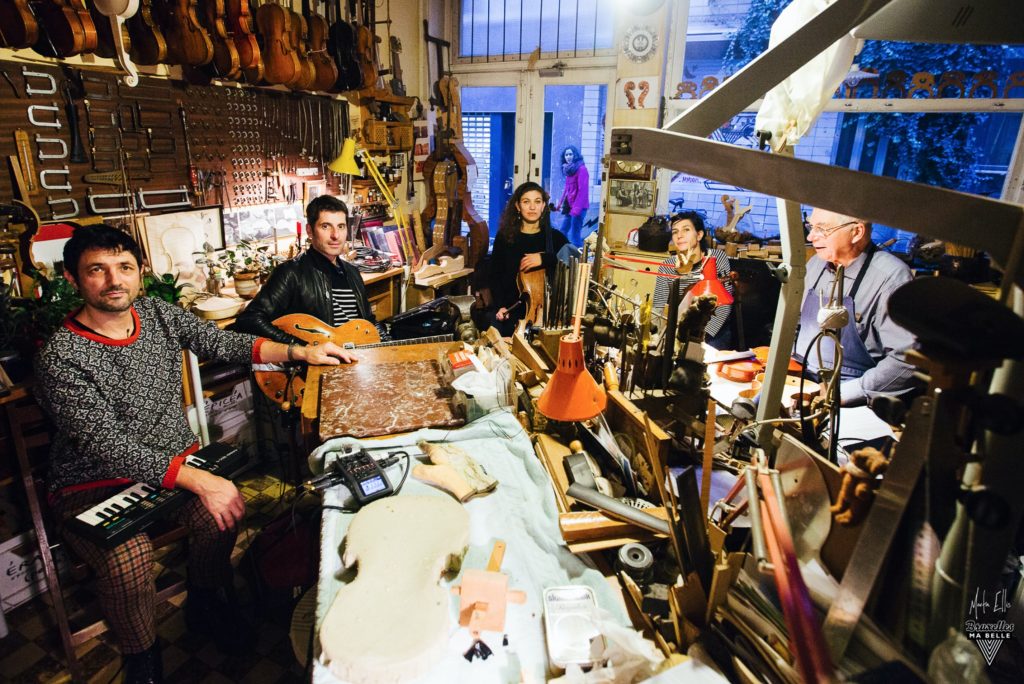 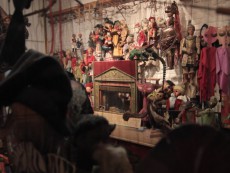 The Peruchet Theater was founded in 1929 by Carlo Spéder, its first director until 1958. The name Peruchet originally cames from one of the daughters of the founder, and is short for "the theater o...

After a performance of “Pinnochio” we discovered, together with a bunch of kids, a room with over 4,000 puppets… Albin quickly found his place between Puss in Boots, Little Red Riding Hood and her Woolf, and the thousands of other puppets originating from different countries and periods.

After Albin set up his keyboard and plugged in his iPad, he started playing the fragile “Mes épaules” and the delicate “Ma crise” for us… We could not encourage you enough to buy this magnificent album which is a mix of humor and tenderness.