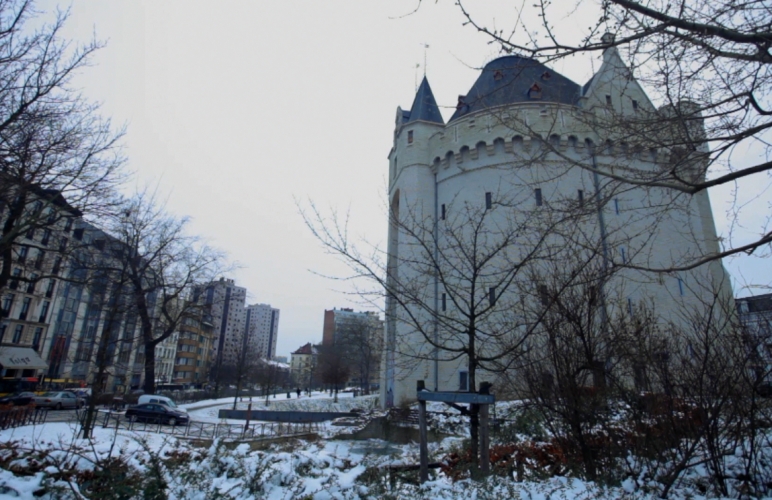 We were very happy to be able to film the melancholic pop of Baden Baden.  Yet, only hours before their arrival we had not yet found a place to host them... It's on very short notice therefore that t...

The second set of city walls, built around 1356, coincided with the grand boulevards which today loop around the Brussels Pentagon.

Constructed from brick and white stone, this eight kilometre long urban curtain wall was defended by numerous open towers and seven imposing gates marking the beginning of seven main roads. Porte de Hal/Hallepoort – Halle Gate – is the last remaining part of these walls, which began to be demolished towards the end of the 18th century. The gate survived as it was used as a prison. From around 1847, it was developed into a museum and was extended by the architect H. Beyaert in 1870, in the neo-Gothic style fashionable at the time. The 2007 renovation of the structure was carried out in keeping with the history of the building which has become the ideal location for learning about the capital’s fortified past. Inside, the large stone spiral staircase leads to the Gothic room and other spaces used to exhibit remarkable objects, such as the chains of guilds, the armour of Archduke Albert or the stuffed horse of Archduchess Isabella.