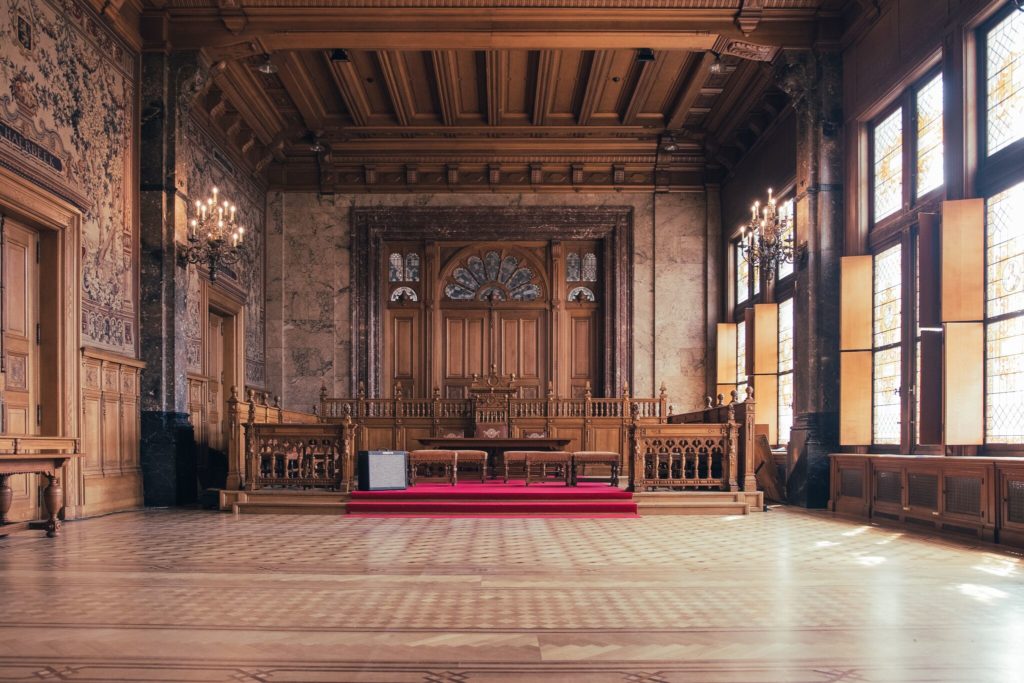 With an imposing presence, the current town hall, in a neo-Flemish Renaissance style, was officially opened by King Albert I in 1919.

The building, designed by Maurice Van Ysendijck, replaced an imposing structure based on a design by Jules-Jacques Van Ysendijck, father of the former, which had been reduced to ashes by a raging fire in 1911. The new town hall was modelled on the former one but the spaces were almost doubled in size. The interior of the building still retains its spectacularly decorated rooms and countless works by artists who lived in Schaerbeek, which has been known for many years as the “City of Arts”.

The ceremonial staircase is illuminated by stained glass windows recounting the history of the Town Hall. In the entrance, two bronze sculptures, depicting a marriage certificate and birth certificate, by the sculptor G. Vandevoorde, embody the roles of the municipality. Busts of successive mayors adorn the concourse while a series of pictures by Herman Richir covers the walls of the Salle des Sections. Imposing stained glass windows decorate the Wedding Rooms, the Council Chamber and the Salle du Collège and, after the war, Dwight Eisenhower was even named a Freeman of the City.