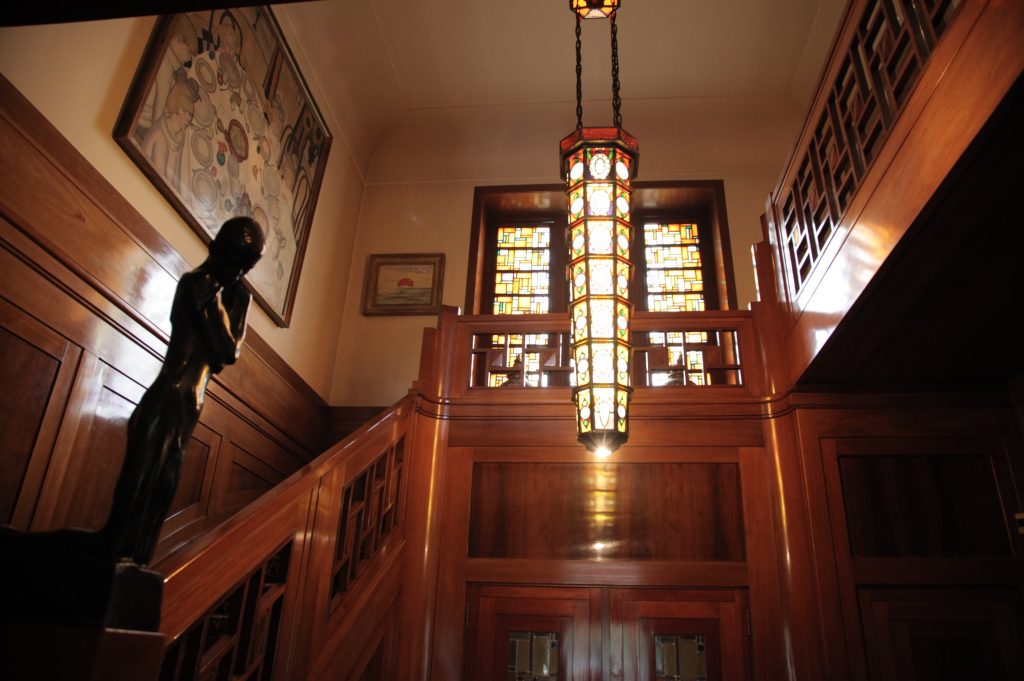 Construction of the house of David and Alice van Buuren didn’t start properly until 1928, although the garden, developed under the guidance of architect Jules Buyssens, had already existed since 1924. The art connoisseur couple supervised the design of their new home which was entrusted to the capable hands of Brussels-based architects Léon Govaerts and Alex van Vaerenberghe.

Both the interior and exterior are a masterful reflection of the Art Deco style as well as the refined taste of David van Buuren, a great patron and passionate collector. Between the 1920s and 1960s, many famous figures were frequent visitors to this residence, the décor of which, comprising a lot of paintings by the great masters and around thirty sculptures, was influenced by the 1925 Decorative Arts Exhibition in Paris. For example, Golda Meir, Yitzhak Rabin and Moshe Dayan were regular guests of the Van Buurens, as well as René Magritte, Gustave van de Woestyne and Christian Dior.

It was also in this house that Queen Elisabeth had the idea of establishing her prestigious musical competition (many of the winners performed for her in the house) and where Prévert composed a score for Alice van Buuren. The couple decided to immortalise their work by turning it into a museum. Everything was therefore organised with this in mind. The house and contents remain intact today and stand as a eulogy to the glory of good taste and Art Deco.