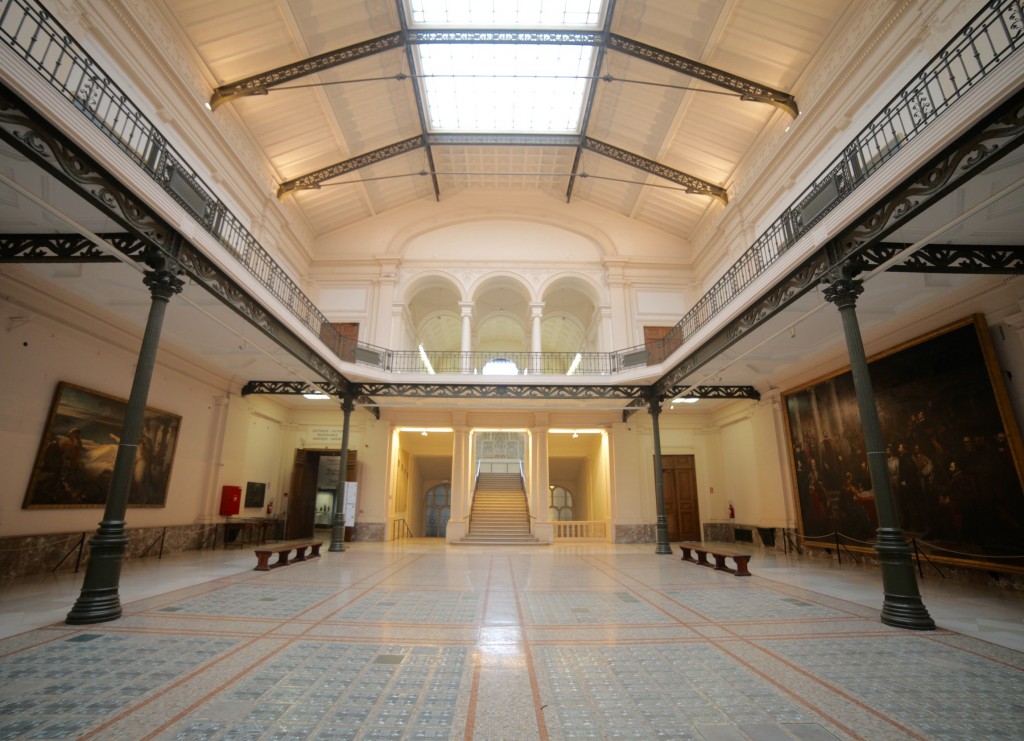 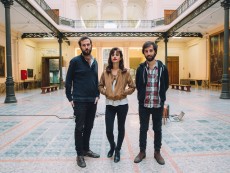 Tuesday, February 2, it's raining, it's cold. The Israeli band Lola Marsh, however, arrives all smiles in front of the Royal Museum of Art and History. A class of twenty children happens to enter jus...

The huge buildings that are home to, among other things, the Cinquantenaire Museum (Royal Museums of Art and History) were constructed at the instigation of King Leopold II as a fitting commemoration of Belgium’s 50th anniversary.

The “Nervii” wing contains extensive collections covering the artistic history of the country from Prehistoric times up to the 20th century. These collections come from multiple sources. Between the 15th and the 17th centuries, the Dukes of Burgundy and the Habsburgs had the tradition of displaying diplomatic gifts as well as acquisitions or curiosities in the Arsenal. Certain items were destroyed, others ended up in Vienna, while the rest formed the core of a collection which, as it was added to, formed the Museum of Ancient Weapons, Armour, Art Objects and Coins, created in 1835. It expanded greatly as a result of significant donations, such as those from Gustave Hagemans in 1861 and from Émile de Meester de Ravestein in 1874.

In the 1920s, expeditions along the banks of the Nile, led by Professor Jean Capart, enabled the establishment of the section of antiquities with the addition of almost 11,000 items from ancient Egypt. The giant sculpture of the Tuna God, the pride of the Department of Non-European Civilizations, was brought back from Easter Island in 1935 by the Belgian training vessel Mercator.

During the war, the pieces were put away for safekeeping. Since then, further acquisitions and donations are continuing to inject life into the collections.