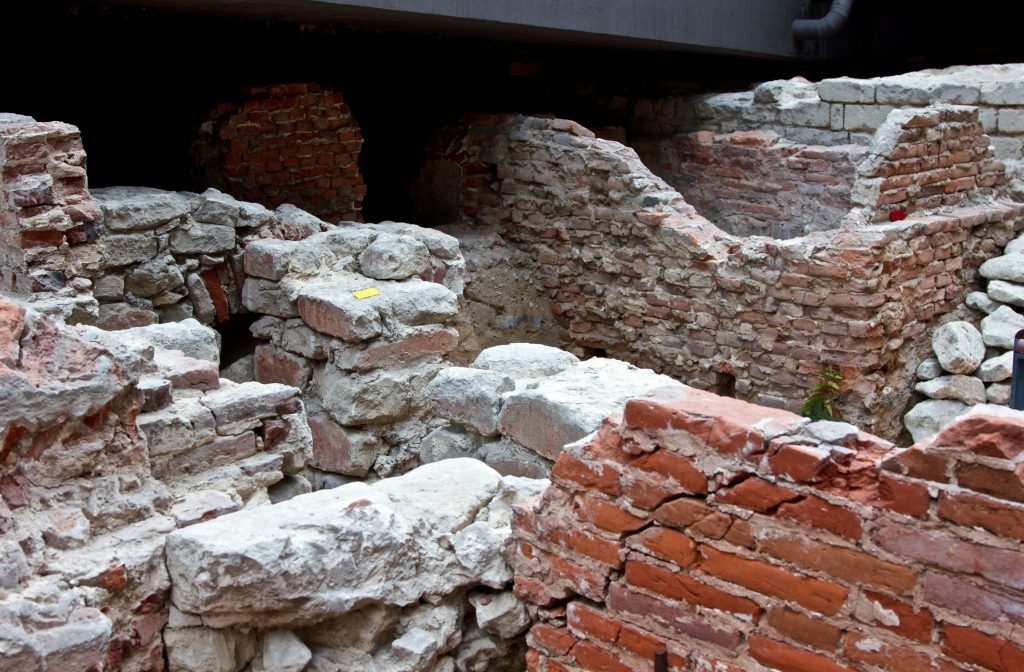 Next to the stock exchange building, in the heart of Brussels, is a fascinating little archaeological site.  It contains the remains of the Franciscan monastery founded in Brussels in 1238 and the tomb of Duke John I of Brabant.

The foundations and various other objects offer a glimpse of an unknown side of the history of Brussels, and at the same time give a good idea of the different aspects of an archaeological dig.

At the beginning of the 19th century, a butter market occupied the site. At the end of the century it was replaced by a trade market.

In 1988, renovation works on the Rue de la Bourse allowed to uncover numerous graves as well as the choir of the conventual church.

With the cooperation of the Royal Society of Archaeology of Brussels, the site was opened for the public in 1994 by the City of Brussels.