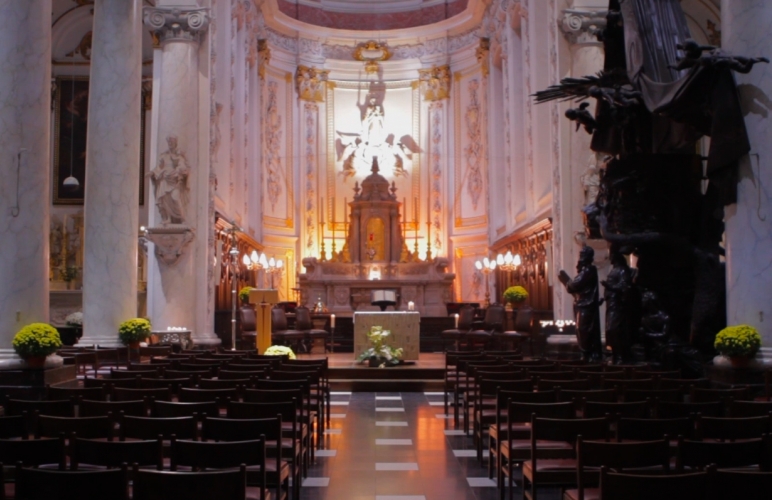 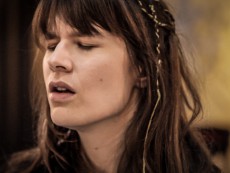 Thursday night, it's cold and we're stressed out. And understandably so because we're waiting for Camille.  The singer who keeps surprising us, album after album, has agreed to record a video with u...

The construction of the Our Lady of Finistère Church began in 1713 under the leadership of the architects De Bruyne and Verbruggen. The new church was supposed to replace an old chapel that had become too small.

The works continued until 1725, but it was not until 1828 that the sandstone facade was completely finished. The interior contains beautiful carvings including a remarkable confessional manufactured by sculptor Duray in 1758, panelled aisles, doors decorated with wooden draperies as well as brotherhood lists. The stucco of the choir draws attention. Between 1963 and 1968 the facade was restored by the architects J. and A. Renouprez Rombaux who used Massangis stone. The dome and bell tower were rebuilt after a fire in 1970. As of 1988 the church was thoroughly renovated. At that time the stability issues that made the choir tilt dangerously were addressed. To strengthen the church foundations micropoles were drilled into the ground under pressure. In addition floor heating has been installed and the old stone floor was replaced with a new tiles in black and white marble. The organ from 1856 by organ builder Hippolyte Loret was modified several times and became unplayable because of the damage done by the water used to extinguish the fire in 1970. It was repaired by the company Thomas from Ster-Francorchamps and by Jean Ferrard who restored it to its original state. The reopening of the church took place in May 2000 in the presence of the royal couple.