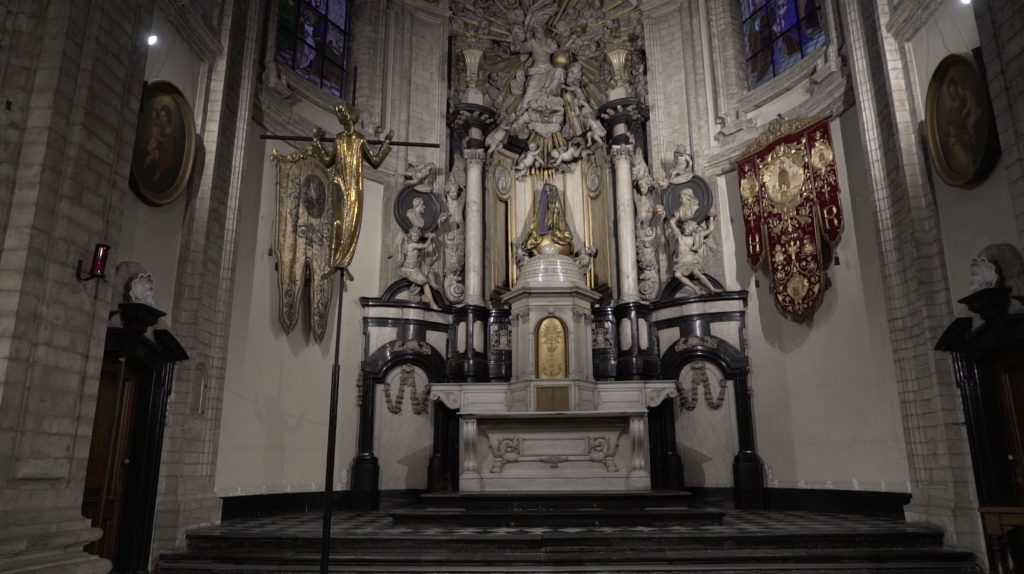 This baroque church is since a long time a pilgrimage relief on the way to Compostela. It dates back to the 12th century. It is, without any doubt, one of the most beautiful churches of the Flemish Renaissance.

The building started in 1664 and was finished in 1694. A year later, the church was heavily damaged by the bombing of Brussels by the French troops. It was entirely renovated in 1699 but the revolutionaries “sans-culotte” did not spare it when they stormed the city in 1793. It also knew various kinds of renovations: the facade was redesigned in a purely baroque style in 1849.

The pulpit and various painting from the 17th century are also worth a visit.