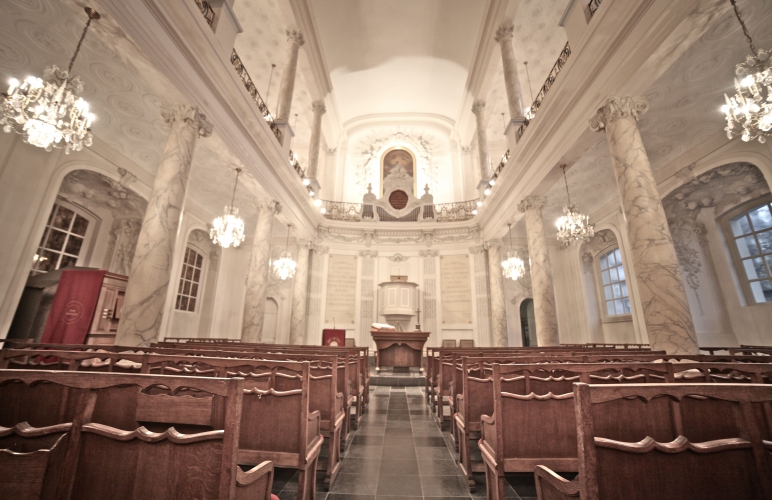 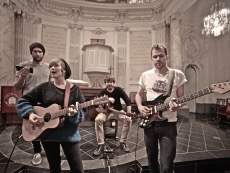 In December 2011, we suggested that Mina Tindle play a piece from her first album in the Ferris wheel of the Brussels Christmas market. We then made a video full of smiles, vertigo, sunshine and fr...

Construction of the “Royal Chapel” was entrusted to architect Jean Faulte on 1 May 1760. While its design is derived from that of the chapel at the Palace of Versailles, its general appearance is, surprisingly, reminiscent of the chapel of the Château of Lunéville in Lorraine, a way for Charles of Lorraine, who governed our provinces, to feel at home.

Inside, the aisles are surmounted by galleries, presenting a superimposition of columns with Ionic and Corinthian capitals, in the great classical tradition of French architecture. However, it is all handled with a level of artistic licence typical of the Louis XV style, with certain details hinting of Louis XVI. In October 1804, Napoleon signed a decree assigning the chapel to the Protestant faith. King Leopold I, who belonged to a branch of the Saxe family, who were one of the first to adopt the Reformation, was unable to renounce the faith of his ancestors. He therefore made this church the “Royal Chapel”, a bit like going back to basics! It was here, once or twice a month, that the King attended mass, as did the princes of the family of Orange before him. Charlotte Brontë was also a regular on the chapel pews while staying in Brussels in 1842. Indeed, her school, located on the then Rue Isabelle/Isabellastraat, was very close.