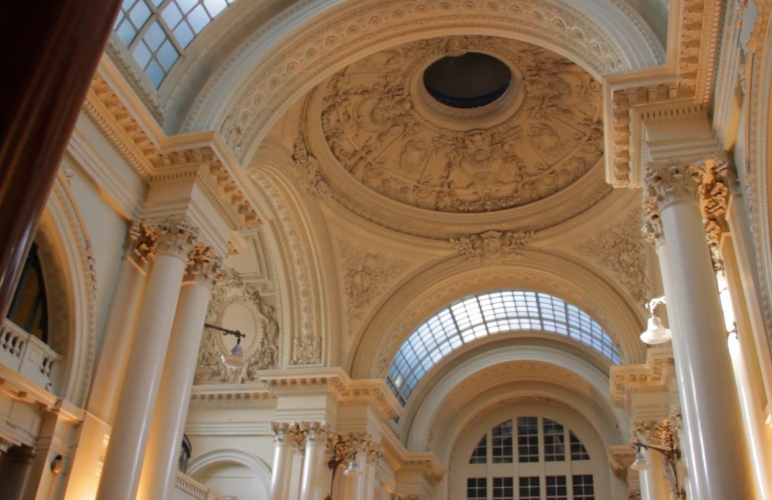 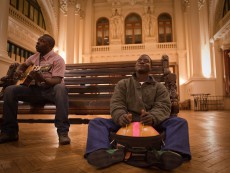 It's never easy to make a name for yourself when you're born "son of..."   Nevertheless, Vieux, the son of the Mali music legend, Ali Farka Touré, has been winning recognition as one of Mali's ma...

The Stock Exchange of Brussels, which opened in 1873, centralized old premises previously scattered across the city.

The building was part of a large-scale project for the redevelopment of the city center which was accompanied by an adjustment of the surrounding streets and the construction of the central boulevards with the Stock Exchange as one of its key points. The choice of location was not accidental. Mayor Anspach, the driving force behind the project, opted for a location in the middle of the business area at that time, not far from the port and the docks. The works started in 1868 under the leadership of architect Léon Suys. He designed a building with basilical ground plan in Neo-Renaissance style which clearly shows the influence of Palladio: the dome with transversal arches, the pediment and the arcade façade. The dome with square ground plan rests on four monumental pillars with paired Corinthian columns in front of them and is crowned with a circular lantern with top ornament. The interior distinguishes itself by a remarkable stucco decoration, as far as the dome as well as the transversal arches, the spandrel arches and the barrel vaults are concerned, all elaborately decorated with garlands of flowers, leaf elements and stylized motifs.