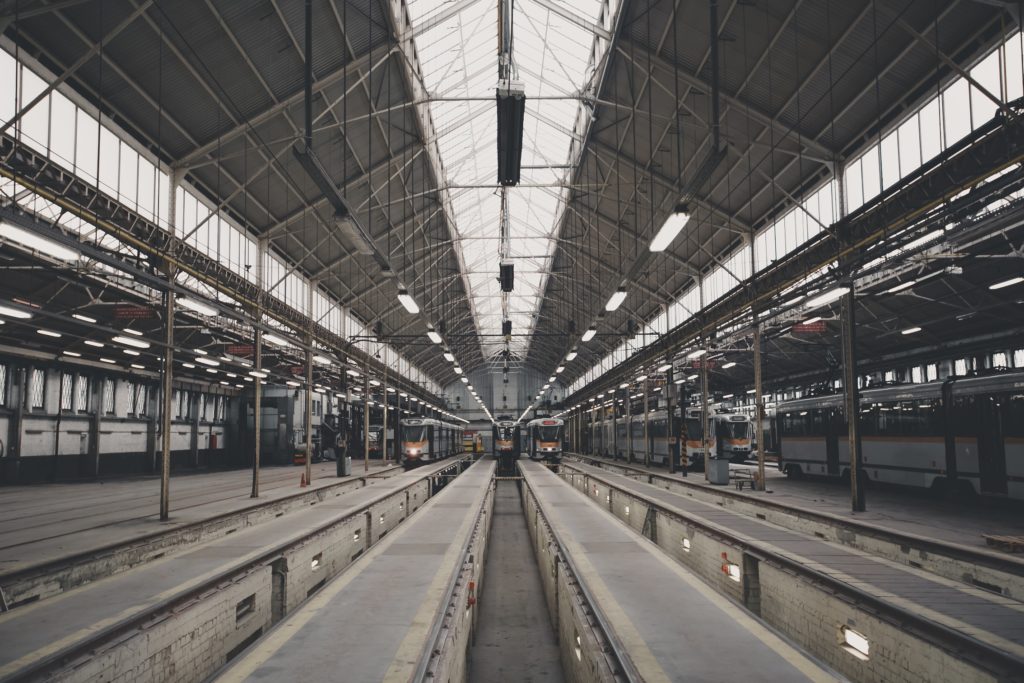 The operating licence for the first horse-drawn omnibus service linking the city centre to the suburbs was granted as far back as 1842. The first horse-drawn trams were developed by the companies Vaucamps and Morris. In 1874, the two firms were acquired by a certain Philippart who founded the public limited company Les Tramways Bruxellois. Steam power was piloted on the network starting in 1876 while electricity made its appearance in 1887. It soon became necessary to build depots to store the machines which, at the time, served a network of 37 km.

Built in 1900 by contractors Jean and Pierre Carsoel based on plans drawn up by the company’s technical department, the large depot on Avenue du Roi/Koningslaan has the appearance of a basilica with its central nave and two side naves. Behind the façade, which combines eclecticism with a Flemish neo-Renaissance style, lies a huge skylight-lit space supported by a metal framework. This combination of glass and metal, typical of the turn of the 20th century period, can be found in the great train stations of Europe and in most industrial sites. The tram depot is one of the best examples of such structures.