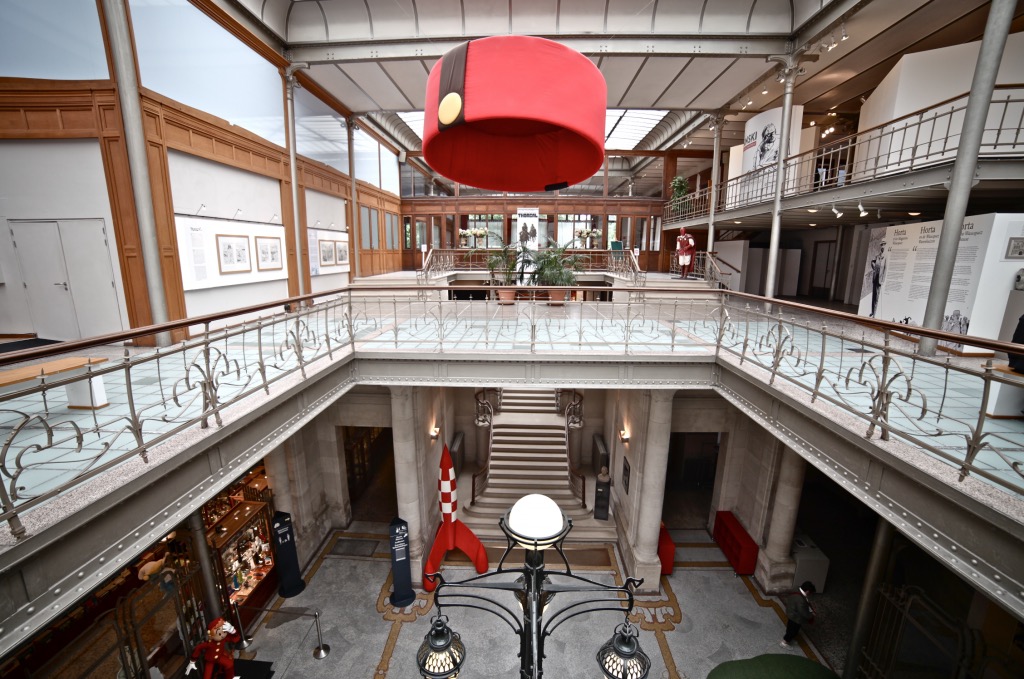 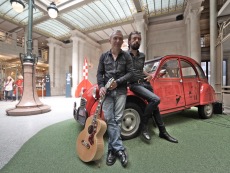 Fifteen years after their last studio album, Les Innocents are back with the long-awaited "Mandarine." In 1989 the Belgian Comic Strip Center settled  in this majestic Victor Horta Art Nouveau ...

In 1975 architect Jean Delhaye, a student of Horta’s, succeeded in bringing the Waucquez warehouse, which had become an endangered masterpiece, to the attention of the state. The building was listed. Now all that was left was to find a worthy new role and… the financial means to restore the building. In 1983, urged by a couple of enthusiasts for urban development (Jean Breydel) and comic strips (Guy Dessicy), the Belgian Secretary for Public Works bought Waucquez Warehouse from the owners’ heirs with the express intention of securing the building in order to dedicate it to the promotion of comic strips.

In 1984 the “Belgian Comic Strip Center” was founded as a non-profit organization. Its first chairman was Bob De Moor, Hergé’s well-known assistant, who had supported the project from the very beginning. The organization’s aims were simple: to promote comic strips and to maintain the architectural masterpiece that housed the project. On 24 April 1986, the launch of the project was celebrated in the presence of the entire Belgian comic strip community… in a building which was still very much a ruin.

Almost twenty years have elapsed since the opening of the Belgian Comic Strip Center. Twenty years at the service of comic strips and Art Nouveau. Twenty years of encounters. Twenty years of forging links between the world of comic strip artists and their readers. Twenty fascinating years for those who work at the Center. A promotional tool, an exhibition venue, a research centre, a cultural ambassador: in more than ten years the Belgian Comic Strip Center has become a major museum with international appeal, one of Belgium’s most popular tourist attractions with 200,000 visitors a year… and government subsidies which amount to less than 10% of the working budget.