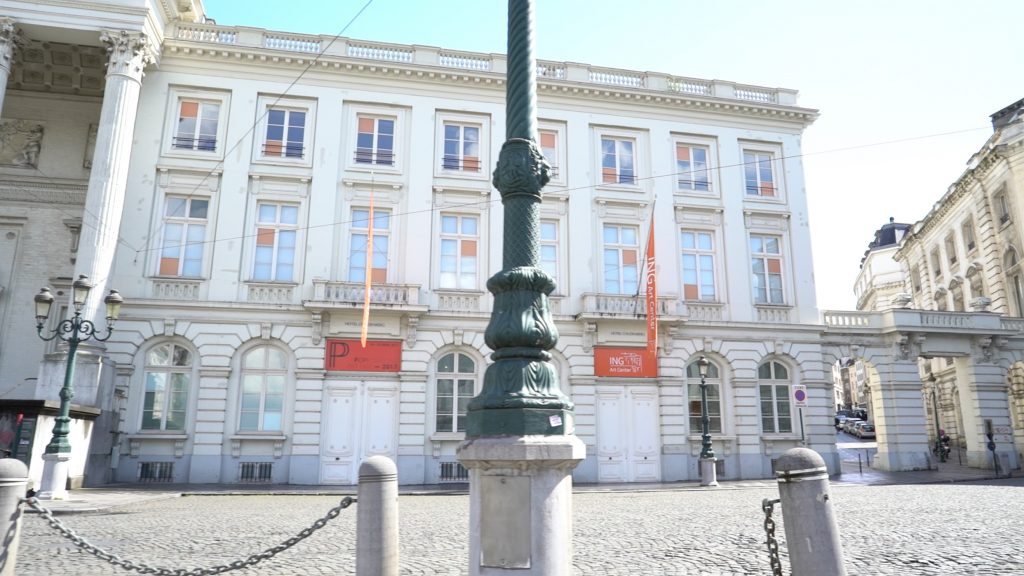 The ING Art Center is located within a cluster of buildings on Brussels’ place Royale.Designed by Barnabé Guimard and built between 1776 and 1782, the complex is regarded as one of the fi nest examples of neo-classical architecture.

The ING Art Center currently occupies two period townhouses that are situated between the Church of St. Jacques sur Coudenberg and the portico on rue de Namur, and which, in the late 18th century and early 19th century, were home to Ferdinand-Pierre Rapedius de Berg and Count Charles d’Allegambe.

Since 1986, ING has hosted and organised many prestigious exhibitions as part of its programme to promote Belgian and international art. The building underwent a complete renovation to ensure that is satisfi es all of the security requirements of a modern exhibition space. This work was duly recognised in 2000 with the awarding of the prestigious Caius Prize from the Promethea Foundation. It has also enabled the bank to exhibit masterpieces from the world’s most important collections, notably the Metropolitan Museum of Art and Brooklyn Museum in New York, the Hermitage and Kremlin Museum in Russia, the Louvre, the Royal Collections in England.