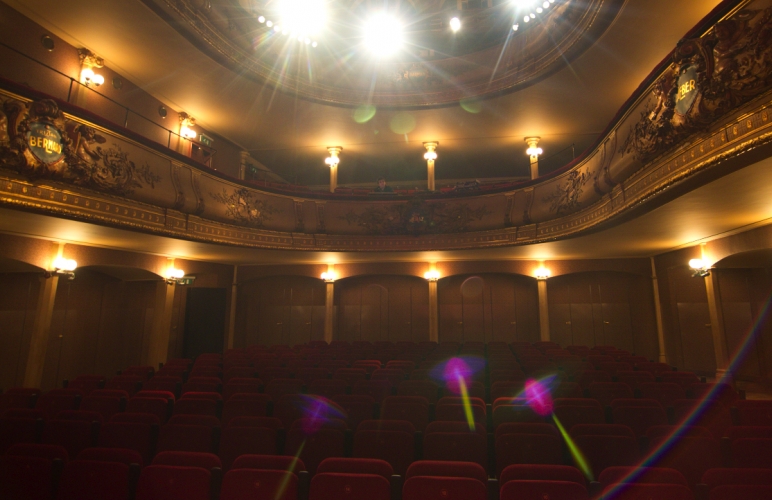 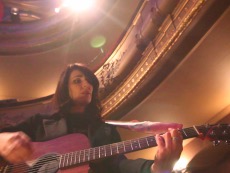 Every new album of La Grande Sophie is a small surprise.  Passing through Brussels to defend her latest baby "La place du Fantôme," we welcomed her in the Vaudeville theater. Hidden in the Royal Sa...

The current site of the Théâtre du Vaudeville used to house the flower market, a building with a glass roof which was designed in 1847 by the architect Jean-Pierre Cluysenaer.

In 1853, this market, whose columns and structure with superimposed galleries were preserved, was converted into a café which held concerts, named the Casino des Galeries Saint-Hubert. The building was restored in 1884 and soon became the Théâtre du Vaudeville. The Art Deco style hall designed by the architect Ide was added in 1926, while the rest maintained its opulent gilded stucco. Very fashionable under the Second Empire, this type of ornamentation, which is concentrated here in the spandrels of the arches and the bulging fronts of the balconies, borrows decorative elements from different styles and brings them together in a kind of apotheosis. The premises, which were ultimately transformed into a private club in 1974, became a multi-purpose venue which, thanks to an ingenious system whereby the seats can be slid under the stage, offers the possibility to transform the theatre stalls and turn it into a setting for a gala dinner, dinner show, cocktail party with a buffet, wedding reception, dance, fashion show or conference.