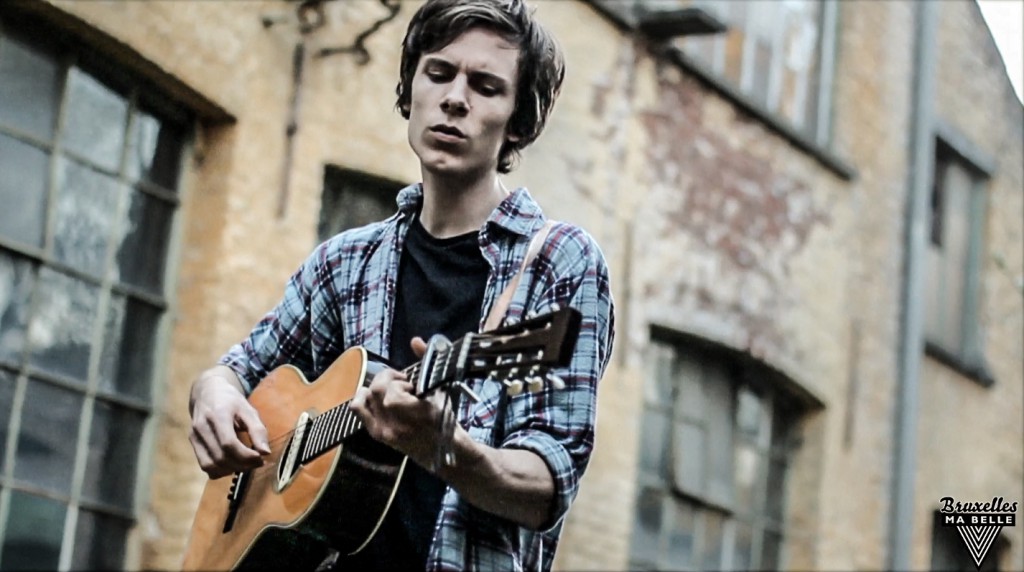 The Bony King of Nowhere 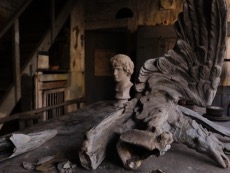 When funerary art was still highly regarded, the workshops Salu enjoyed great fame in the capital. The first of the Salu family to focus on sculpture was Ernest Salu. His teacher was Guillaume ...

He arrived alone, a guitar in his hand.  Tall, calm, and generous.

We filmed  Bram alias The Bony King of Nowhere the day he released his third album.  The music of this Ghent artist is powerful, the sound of his voice and his guitar blow you away, enough to touch our hearts.

We wanted to make him sing in a place that is just like him, something secret, fragile and moving… So we found it two steps away from the Laeken cemetery UN ANCIEN ATELIER D’ART FUNÉRAIRE.

Don’t look for a mortuary connection between the two, it’s simply a matter of two rare and precious elements coming together.

The workshop doesn’t move anymore, nor do the broken windows, the stones and lamps full of dust.  Not even the statue of an eagle planted behind the musicians, the remains of a sad break-in.  The guitar starts and the voice follows.  Not a single noise, only emotion.

This abandoned studio came to life again during « Rain falls down on mirwart ».

Bram smiled, took his guitar and slowly left for the garden to interpret “On my way home” accompanied by the sound of singing birds.