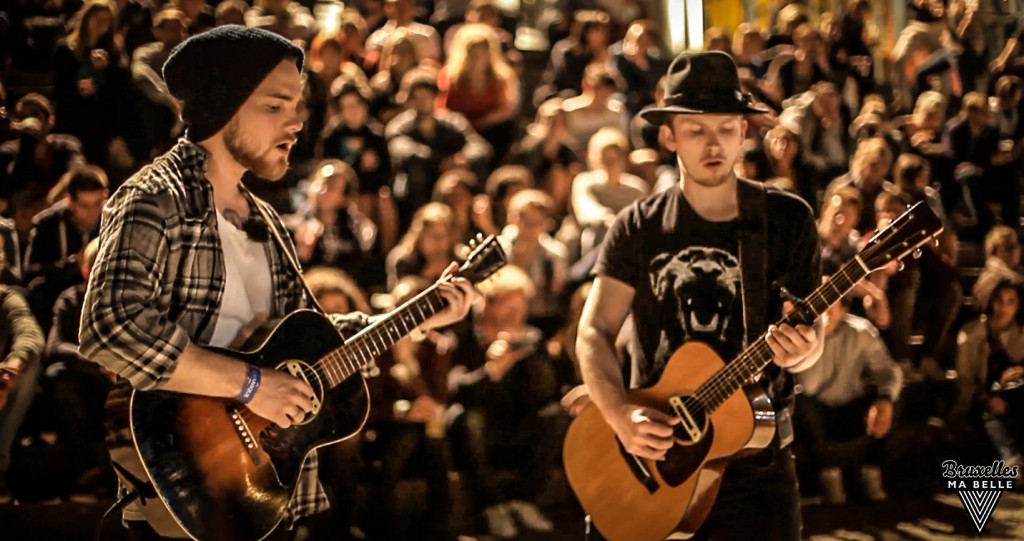 It was late, at least 11 pm… We were meeting Asgeir, the leading star that day, behind the big tent of the Nuits Botanique.

The young 22-year old Icelander who became an international star thanks to his excellent album “In The Silence” is shy, very shy even!

Asgeir comes from a tiny island along the coast of Iceland with only about 10 inhabitants and some sheep.  Rest, silence and isolation is what characterized him before his first album “Dýrð i dauðaþögn,” sung in Icelandic, became the best sold first local album ever in Iceland.   Numerous radio interviews, concerts and, of course, high interest from international labels followed.

The latter ask him to translate his album in English.  The task at hand is difficult because it means reinterpreting the poems his dad had written without losing their strength and their intensity… John Grant, residing in Reykjavik, will take up the challenge.  The album becomes « In the Silence ».

We have asked him to give an accoustic performance to the audience of the Botanique while they were sipping a last beer on the steps.  We cross the Botanic Garden, the night is dark but the faces of the Icelander and his guitarist are lit by the moon.  They move up the stairs, somewhat feverish… Happily surprised, the audience applauds as the singer arrives. That night, they’ll witness a unique moment as long as the song lasts.

Then come the last musical notes and he timidly looks down, smiling when the first round of applause reaches him.

He unplugs his guitar and leaves, quickly, for a long international tour across Europe and the United States…