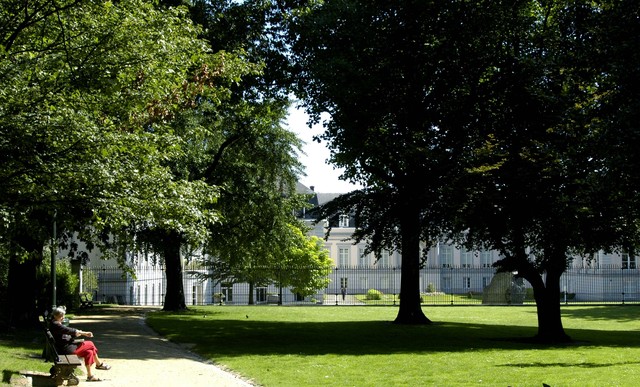 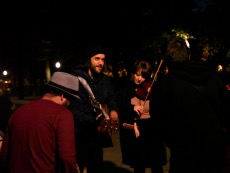 Nothing new: big things are going on in Quebec! Monogrenade blows a fresh new wind in our ears. It has to do with lyrics written in French, a whispering voice, and impressive  masterly and creativ...

Brussels Park was designed at the end of the 18th century as an extension to the Place Royale, on a portion of the former Warande or Garenne Park which at the time served as a hunting reserve for the Coudenberg court.

The park was designed in 1775-1776 by the Austrian Joachim Zinner and the Frenchman Barnabé Guimard, around three major thoroughfares, using masonic symbols which were very fashionable in Brussels in the Age of Enlightenment. The park is composed of forest-like copses, trained limes marking the perimeter of the park and a network of large paths which offer long views bordered with plane trees or chestnut trees. A remarkable group of statues from the former maze in the ducal park, from the château de Tervueren and the Tour et Taxis building decorates Brussels Park which also proudly houses an elegant bandstand built in 1841 by the architect J. Cluysenaer. Here brass bands and orchestras regularly gave concerts for a delighted audience, who were very happy to dance to lively tunes. Parties were often organised at Brussels Park, and the guests of Waux-Hall, heirs to the Vauxhall Gardens in 17th century England, regularly filled the park’s paths. Waux-Hall, already established in the park in 1783, forming a unique whole with the Cercle gaulois and the Théâtre du Parc, was renovated by the architect François Malfait in 1913. With a plan in the shape of a U, it resembles a bandstand with its bell-shaped roof, its proscenium and its rural decoration with a Louis XVI style diamond-shaped trellis. Nowadays Brussels Park serves as a setting for popular festivities organised for the national day and it also hosts temporary exhibitions during the summer months.