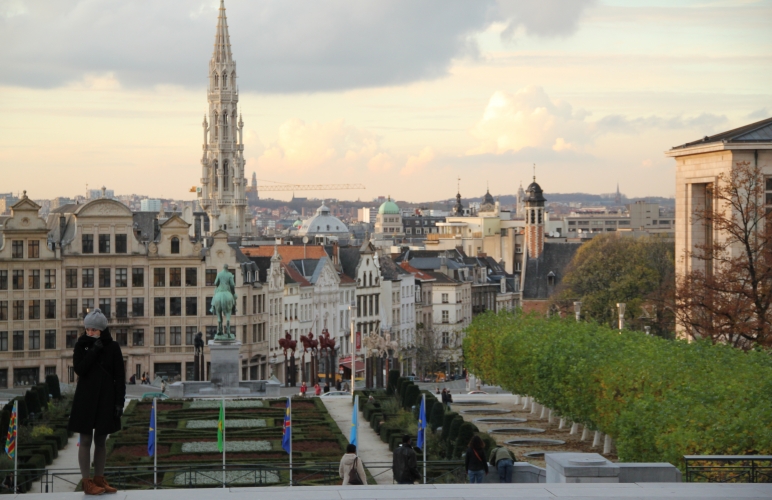 This monumental urban entity which ensures the connection between the upper and lower parts of the city, goes back to the post-World War II period. The architects Jules Ghobert and Maurice Houyoux chose a classicizing architecture, influenced by the official, academic style of the late 1930s.

The complex includes the Congress Palace, the Royal Library and the National Archives of Belgium. These buildings expand into a park which was designed by René Pechère. In 1951, the equestrian statue of King Albert I was inaugurated.

The Congress Palace opened its doors in 1958. The impressive pavilion of the west wing was dedicated to the royal family and was adorned accordingly. The National Library is also known as the Albertina, a tribute to King Albert I. Although the building works dragged on for many years, this complex shows a remarkable  homogeneity. This impressive realization clearly shows the desire of the designers to pay tribute to Belgium.