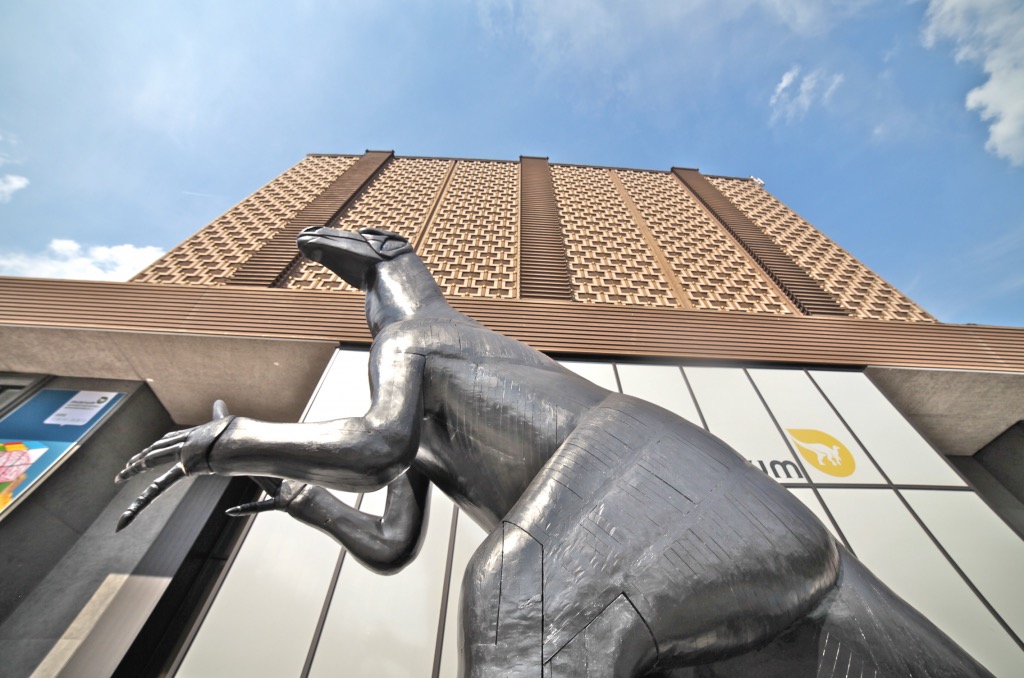 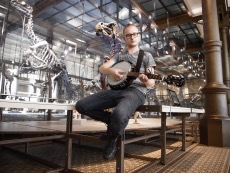 It's 4:30 p.m. and the Natural Sciences Museum will soon close its doors. Johannes, the singer of the School is Cool had insisted for quite a while to play in this museum which rocked his childhood....

The Royal Belgian Institute of Natural Sciences and Museum, located on the edge of the Leopold Park, forms a mosaic of different styles.

The four units, built one after the other, have their own function and appropriate building style. At the end of the 19th century, the oldest wing on the park side was meant as a monastery, but was immediately rebuilt to house the extensive scientific collections. The first major expansion was the Janlet wing, two spacious halls with glass, iron and steel, to highlight the newest Belgian discoveries (the Iguanodons and Lier mammoth). In the interbellum period, architect Lucien De Vestel planned a new expansion of the site, with a focus on offices, laboratories and storage buildings. It had to become a modernist tower building. De Vestel also built the Belgian Geological Service nearby, which has over the last few years become part of the Institute. This architect was highly innovative, both in terms of technique, aesthetics and choice of materials: ingenious compartmentalization of storage space, ceramic floors and granite in laboratories and archives, use of mahogany, iroko and aluminum alloys in the corridors and offices. Unfortunately, the ceramic tiles that cover the walls proved frost sensitive and were later given a coat of paint.