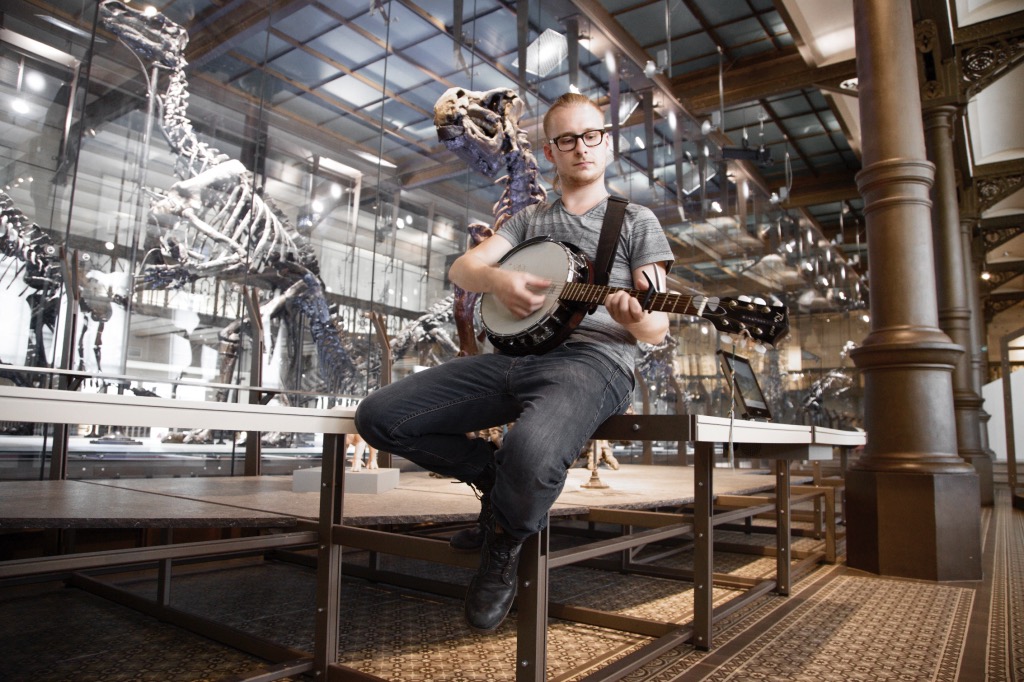 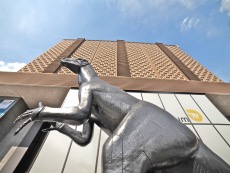 The Royal Belgian Institute of Natural Sciences and Museum, located on the edge of the Leopold Park, forms a mosaic of different styles. The four units, built one after the other, have their own func...

It’s 4:30 p.m. and the Natural Sciences Museum will soon close its doors. Johannes, the singer of the School is Cool had insisted for quite a while to play in this museum which rocked his childhood.

A banjo in one hand and a plastic diplodocus in the other, he entered the Dinosaur gallery…

School is cool shaked the Belgian pop scene in 2011 with Entropology.  Now they’re back with their second album Nature Fear.
During  « Envelop Me », he walked past the museum’s dinosaur skeletons… it was magic!