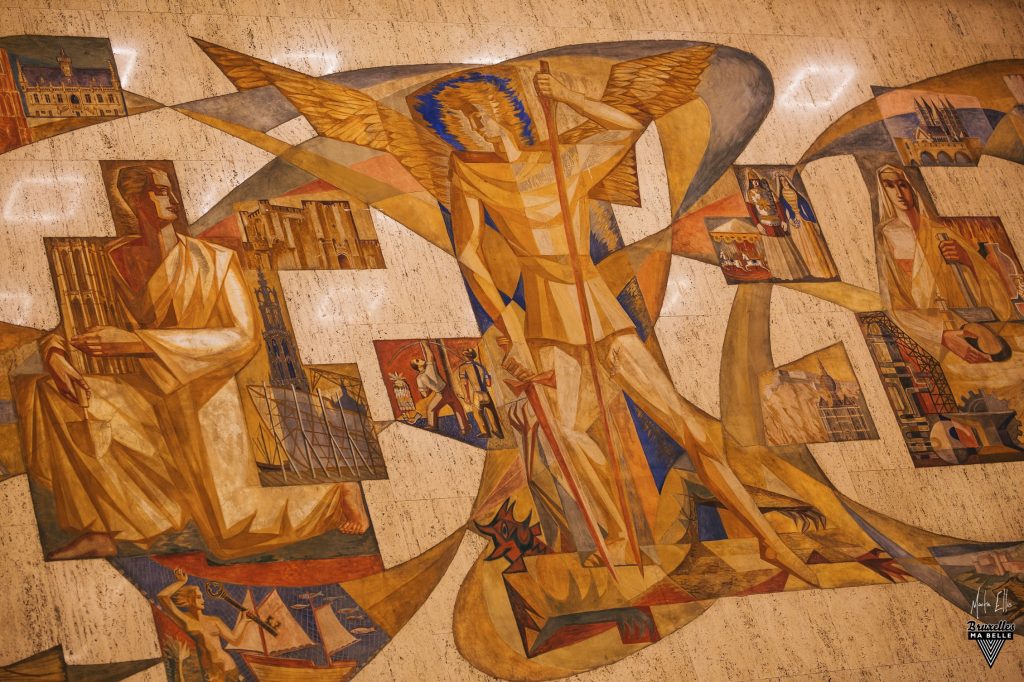 With a trapezoid plan, Bruxelles-Central station occupies the triangular space formed by Cantersteen, boulevard de l’Impératrice and Putterie. Although it was inaugurated in 1952, it’s interesting to note that the construction project dates back to 1910, when the architect Victor Horta was called upon to design this access to the railway lines.

The works only started in 1937, after the Nord-Midi (north-south) junction was completed. Maxime Brunfaut inherited the job when Horta died in 1947, but it seems that he had already been involved since 1945. The station is in line with international official architecture, with obvious references to previous works by Horta, like the Palais des Beaux-Arts and the Maison du Peuple. The interior, which was clad in travertine, has a vast ticket hall with a ceiling composed of light boxes arranged in broken panels.

Typical of the 1950s, the complex, which has recently had a full makeover, included a station buffet and a royal lounge, which allowed the monarch to wait for a train or welcome important guests. It was frequently used during Expo 58. King Baudouin met the king and queen of Thailand here, as well as the Negus of Ethiopia.

The station has recently had a facelift. New shopping galleries have opened close to the access to the platforms which are now linked to rue de la Chapelle and square de la Putterie on one side, and Grasmarkt on the other.