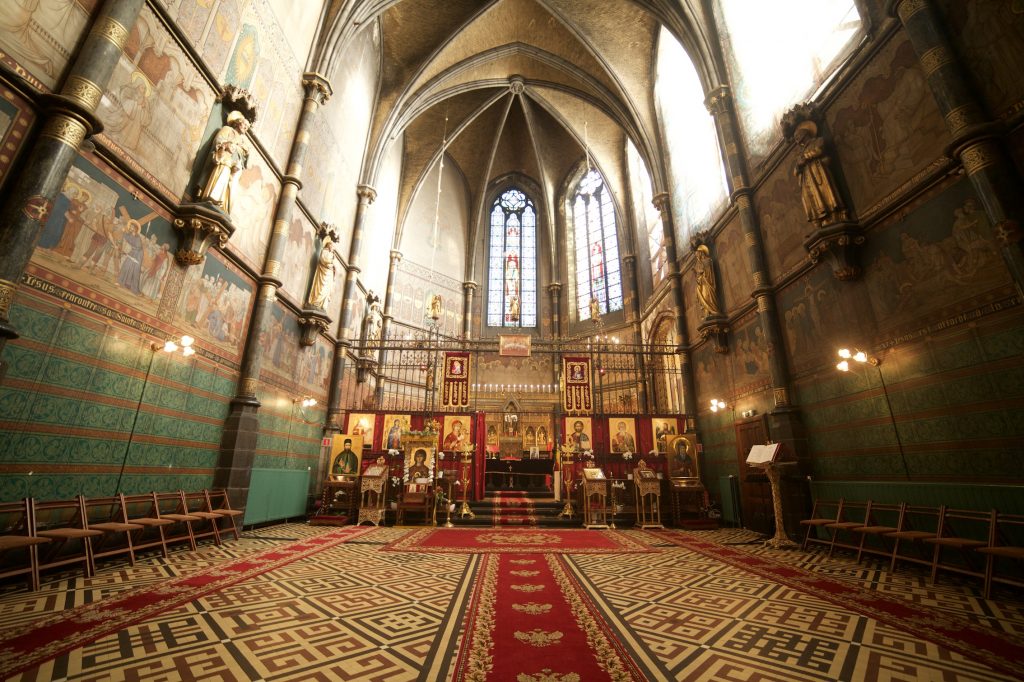 Dedicated to Saint Juliana, the small chapel standing on the top of the mound of Saint-Josse/Sint-Joost was built, based on plans dating from 1886, by architect Joris Helleputte.

The single-nave brick and blue stone structure has retained its Neo-Gothic decor that is remarkable due to its integrity and consistency. Influenced by Courtrai-based architect and decorator Jean-Baptiste Bethune and his contemporary interpretation of Gothic architecture, the interior of the chapel includes a beautiful series of stencil paintings, multi-coloured paintings resembling red brick and white stone facing, as well as pleated draperies and imposing paintings on plaster, masonry and canvas. In the choir, small elegant polished blue stone columns with gilding support the ribs of the vaults. The main altar, made from black, red and green Mazy marble, is in keeping with the polychrome tiling on the floor and the Neo-Gothic furniture, most likely created under the supervision of Joris Helleputte himself.

Since 2009 the premises have been home to the Romanian Spiritual Culture Centre, which organises cultural events to promote the image of Romania in Europe.