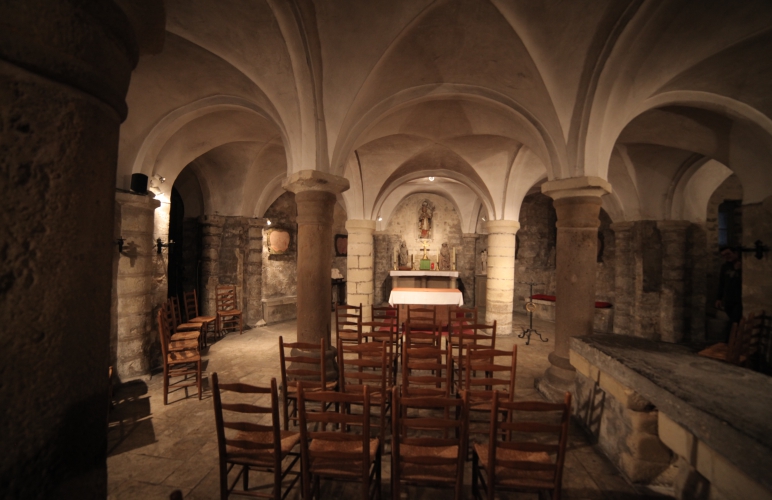 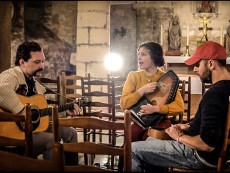 Here we were in the beautiful Saints-Pierre-et-Guidon church in Anderlecht.  It was cold.  The big door opened and a man with a moustache came in smiling followed by his elegant wife and a second...

Built between the second half of the 14th century and the middle of the 16th century, the Collegial Church of Saint Peter and Saint Guidon is one of the most beautiful Brabantine Gothic style churches in the Brussels Region.

It benefited from the expertise of many renowned project managers, including Jean Van Ruysbroeck (responsible for the tower of Brussels City Hall) who designed the choir; Louis Van Boghem, who designed the porch and Mathieu Keldermans III who designed the tower. It was restored between 1874 and 1898 by Jules-Jacques Van Ysendyck. A new campaign of restoration has been underway since 1992 (the choir is currently being worked on and is closed to the public). The current structure replaces a Roman-style collegial church which was constructed at the end of the 11th century and the beginning of the 12th century in the place of an older church. It was built at the instigation of a chapter of canons, founded in Anderlecht just before 1078, at the time when a new saint, named Guidon, was beginning to be worshipped. The Roman crypt, situated beneath the choir, is still there and is used for the worship of relics which are the focus of large pilgrimages. This crypt still contains a monument formed from an ancient tombstone resting on two brick blocks, known as the “tombstone of Saint Guidon”, who died, according to tradition, on 12 September 1012. The church also contains numerous works of art as well as a rich collection of funerary monuments.