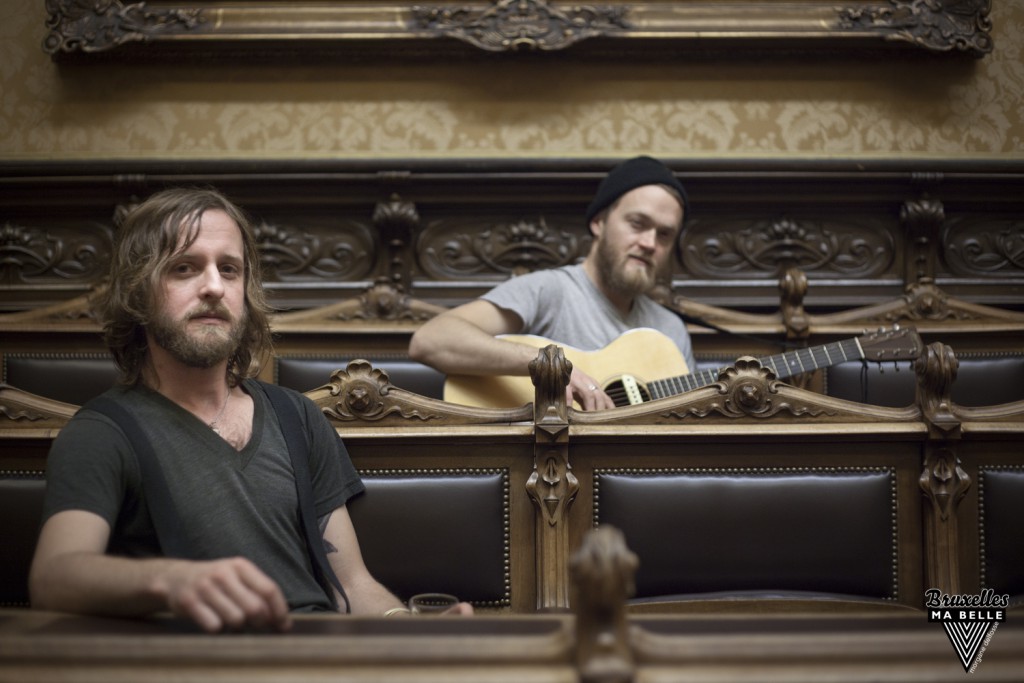 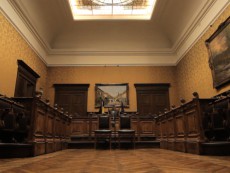 Nestled at the base of a tall glass tower, Saint-Josse-ten-Noode Town Hall displays its pretty Beaux-Arts style face. This spot was originally the site of the home of virtuoso musician Charles ...

The night was cold.  A guitar and tambourine in their hands, the San Francisco duo accepts to follow us blindly into the Saint-Josse city hall.  They are curious to know who the old man is in the frame hanging in the hallway.  We tell them it’s our King…

Then we enter the wonderful Art nouveau style room that is both the room where the council meetings are held and where marriages are confirmed. The Two Gallants come in on their toes, not quite certain that they will be authorized to play in this magnificent wood-decorated room.

Adam and Tyson have known each other since kindergarten, the picture on the cover of their new album proves it!  They started playing together at the age of 12 and organized their first concert in 2002 under the name Two Gallants.  Their fourth album « The Bloom and the Blight » is a tasteful mix of rock and tuneful folk music brought by the rocky voice of Adam Stephens.

That night they chose to play the wonderful  « Broken Eyes » that we would like to share with you.