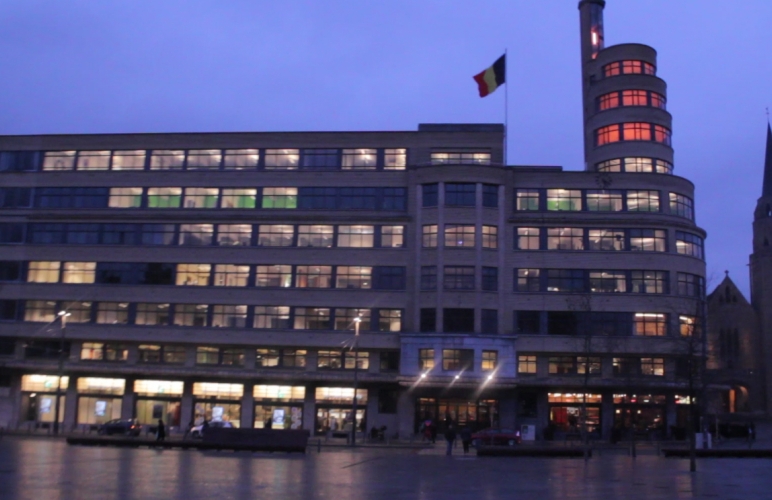 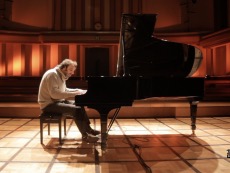 Singer, producer, composer ... Self-proclaimed  "Musical-Genius" for some years...  And here he admits in his latest album that he is “(NOT A) Musical Genius”... We wanted to check this out wit... 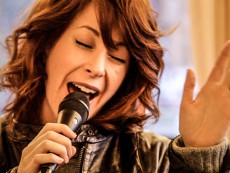 It's in the framework of the WinterJazz Festival that the American Robin McKelle ventured into the Flagey.  This "cruise ship", inaugurated in 1938, was one of the first radio buildings in the wo...

1930 saw the birth in Belgium of the INR, the National Broadcasting Institute. In order to cater for the technical requirements of this new means of communication, a contemporary style building was designed in 1933 by Belgian architect Joseph Diongre.

For one of the first radio houses in Europe, a veritable “factory of sounds”, he chose the Streamline Moderne style and cooperated with specialised engineers. From its inception, INR would continuously broadcast from 06h45 to 24h00 and established a reputation, in Europe, for excellence and an avant-garde style. It was here that the first news programme on Belgian television was broadcast in 1953. Radiodiffusion Télévision Belge, which became RTB in 1960, left the building in 1974 due to a lack of space. A number of cultural institutions then occupied the building until its closure in 1994. After some uncertainty, it was decided to renovate the building and turn it into a cultural hub. In 2002, the Flagey was opened by the King as a venue dedicated to music, cinema and culture in the widest sense. Today, the building is home to the radio station FM Brussel, the daily newspaper Brussel Deze Week and TV Brussel. Studio 4 continues to ensure the international renown of the institution, while the resident Brussels Philharmonic is sought after by some of the most famous jazz and classical musicians. In 2005, Martin Scorsese even recorded the music for his film The Aviator with Leonardo DiCaprio there, while the original soundtrack for The Artist was recorded in the studio in 2011, winning an Oscar and a Golden Globe.