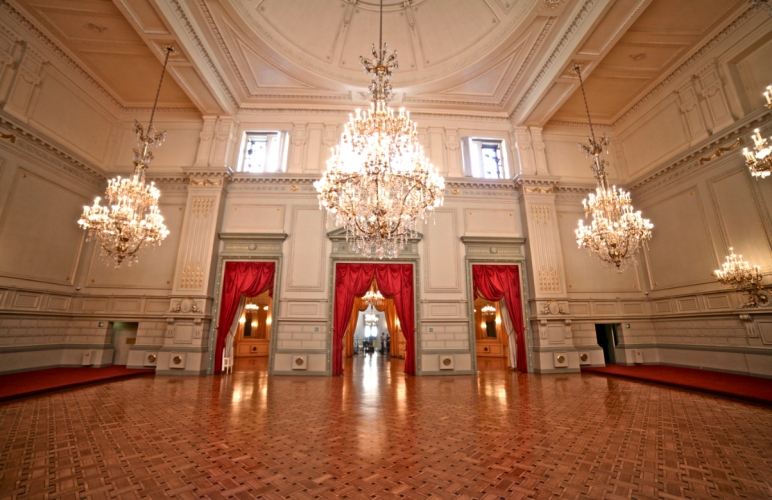 In April 2010 we discovered the entertaining Intergalactic Lovers, led by the mesmerizing voice of Lara Chedraoui. After having performed around the world  (NY, Toronto, SXSW…) to defend their...

The name Concert Noble dates back to 1785, a period in which the archduchess Maria-Christina of Austria and her husband Albert of Saxe-Teschen established a company responsible for organising social events reserved for members of the nobility in the parc Royal (Royal Park).

In 1873, at the instigation of King Leopold II, the Société du Concert Noble decided to build the ballroom and reception rooms which we know today in the Leopold neighbourhood, the new fashionable area of Brussels. The man entrusted with the task was Henri Beyaert, who designed a succession of sumptuous rooms decorated in Louis XVI style, gradually increasing in size, preparing the visitor for the pièce de resistance of the ballroom. Very quickly, Concert Noble became a hotspot for the capital’s society life, which it remains today, even hosting the president of the United States in 2005! ABB (Assurances du Boerenbond Belge) funded the careful restoration of the premises which are now owned by Edificio. The venue hosts numerous events including balls and receptions.