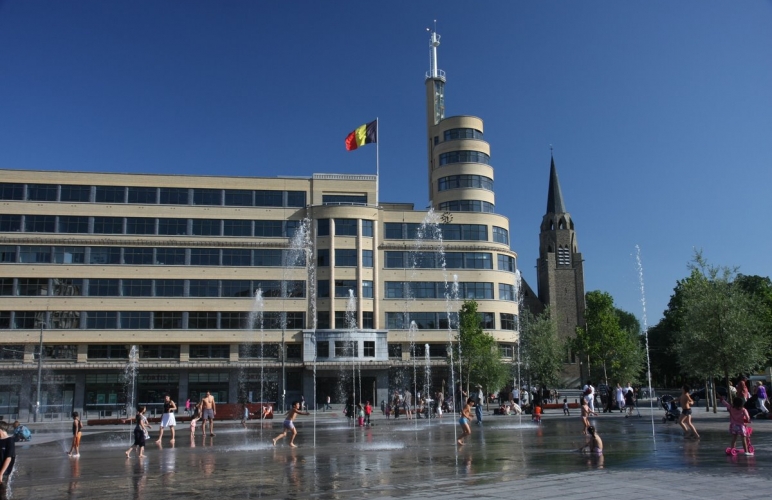 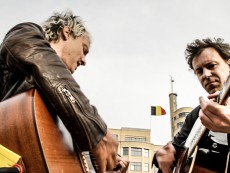 The sky is grey, the tramway and bus noise melt into the babel of people passing by. For more than ten years now David Bartholomé and his gang offer their "Belgian surrealist" rock, sincere and fu... 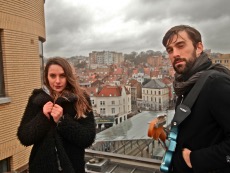 We had been watching the French duo Eléphant for months.  It was Lisa, half of the band, however, who contacted us a few days prior to their Brussels' concert playing the first part of Julien Doré...

Formerly known as Place Sainte-Croix, the square was renamed in 1937 after Eugene Flagey, Mayor of Ixelles between 1936 and 1956. In the 1930s, a number of buildings of the same size were erected, with retail premises on the ground floor and apartments upstairs.

They counterbalanced the Flagey “ship” built opposite by the architect Diongre. This was also the site where Belgium’s first department store, Delhaize, opened in 1956. Housewives and consumers thronged there for more than 30 years. The square is a major hub for this part of the city, is very busy and is served by several public transport lines. Place Flagey hosts a large weekly market. Regularly occupied by a famous circus, it has also provided a backdrop for hot-air balloons to lift off. Refurbished a few years ago, the square became a meeting place for the young and the not-so-young, attracted by the festive atmosphere of the Belga café and many other nearby shops.