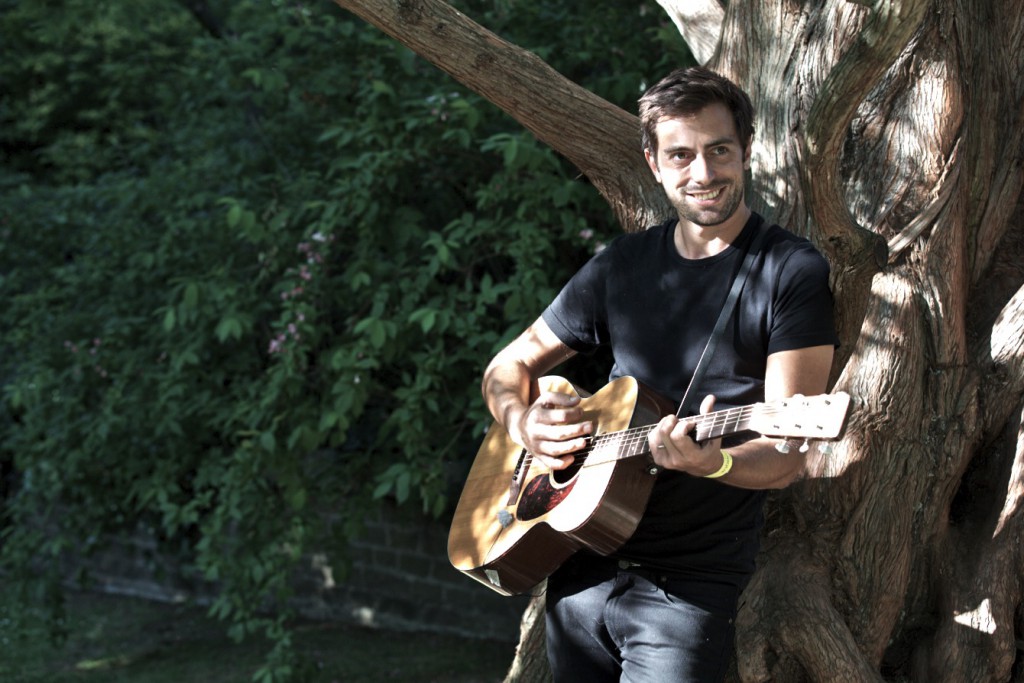 We had been impatiently waiting for the French Cocoon’s third album.  After the excellent titles « My Friends all died in a plane crash » and « Where the Oceans end », both platinum records (150,000 copies sold), we were wondering what Mark and Morgane were going to prepare for us… And in 2012, very much to our surprise, they announce a pause for the band.

Two years later Mark Daumail releases the E.P « Mistaken » which sets the tone:  solo, he is set to explore new horizons (groove and electronic), marking a break-up and an obvious evolution since Cocoon.

A few days prior to the release of his first album entitled « Speed Of Light », Mark played at the Nuits Botanique together with his new musicians. A long-awaited concert by both press and fans.
We took advantage of their Brussels visit to ask them to spend a short musical moment in our company.  At the foot of a deep-rooted tree at the back of the Botanical Garden, the Frenchman interprets an unreleased piece.

While we expected to hear an electric piece close to the universe of his solo album, Mark decided to offer us an unreleased, totally accoustic piece which is not part of his album but which, he confesses, he really loves to play: STORM.

Mark is a simple and adorable guy who offers us a unique performance each time, filled with humanity.  And Cocoon fans should rest assured, on stage he plays a few totally rearranged Cocoon  titles with a “Mark Daumail” flavor, a real treat!