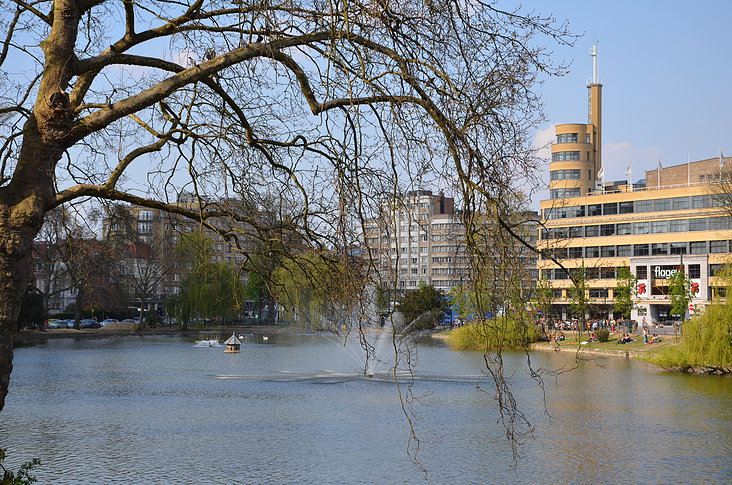 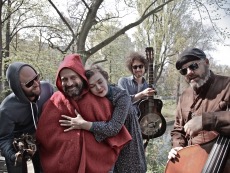 When the sun shines on Bruxelles la belle, the sky is the limit!  Like filming the joyful Moriarty by the water of the Etangs d'Ixelles, for instance! A few hours before their Flagey concert, the ... 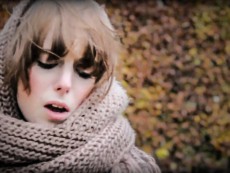 Two steps away from Place Flagey, wrapped in a gigantic woolen scarf, Marie-Flore made her way through cold and rainy Brussels. Armed with a guitar, way too big for her size, she performed "Trapdoor...

The Maelbeek stream, which had its source not far from the monastic buildings of the Abbey of La Cambre, is now partially channelled and of the seven ponds that formed the stream, only the two large ponds we know today survive.

The first, which once covered present-day Place Flagey, was partially drained around 1860. The second was formed by the merging of the Pennebroeck and Ghévaert ponds. The engineer Victor Besme landscaped the whole neighbourhood in 1871 and created the picturesque setting that reflects the taste of the time for parks landscaped in the English style. Many tall trees, an aviary and a set of sculptures decorate this site which has been listed since 1976; it also has a large rockery with imitation rocks, ruins and a truncated column which serve as a backdrop for a waterfall that is unique in Brussels. The surrounds of the ponds are suitable for jogging, walking and relaxation, and also host a weekly market.