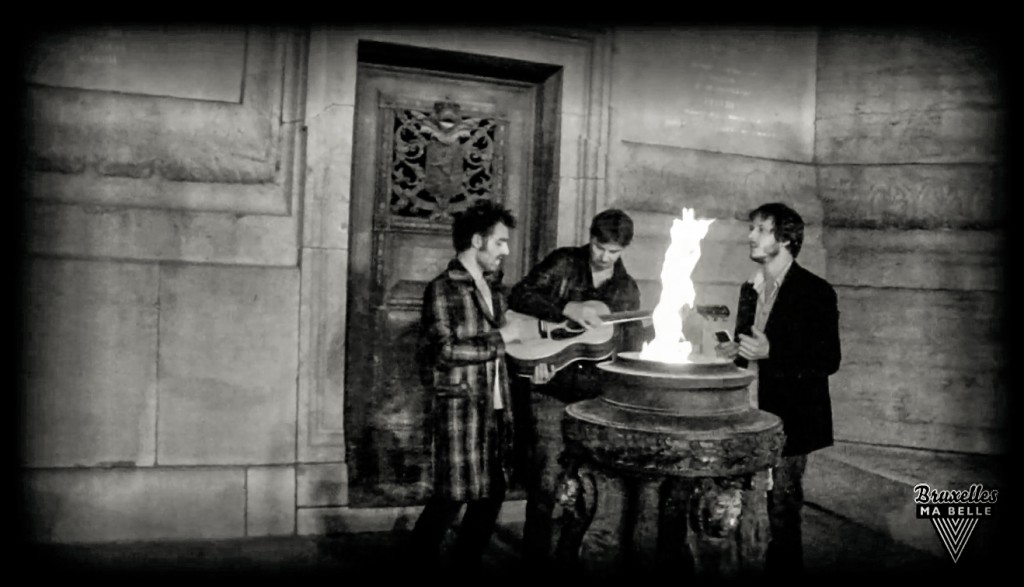 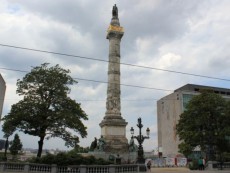 Situated right in the centre of the eponymous square, Congress Column is considered to be the most important commemorative monument in Belgium. It commemorates the holding of the first National Congre...

We discovered Simon Dalmais during the first part of CAMILLE at the Cirque Royal.  We learned then that he was the brother of the French singer.

We met him at the end of the concert, accompanied by his two musicians, for a totally improvised video.  Proof being that we didn’t even have equipment to record the sound so that we used a smart-phone for the very first time.  The result is surprising!

At midnight, under the watching eyes of the two huge lions of the Colonne du Congres, the trio offered us an unreleased version of “Love again” from their first album “The songs remain”.