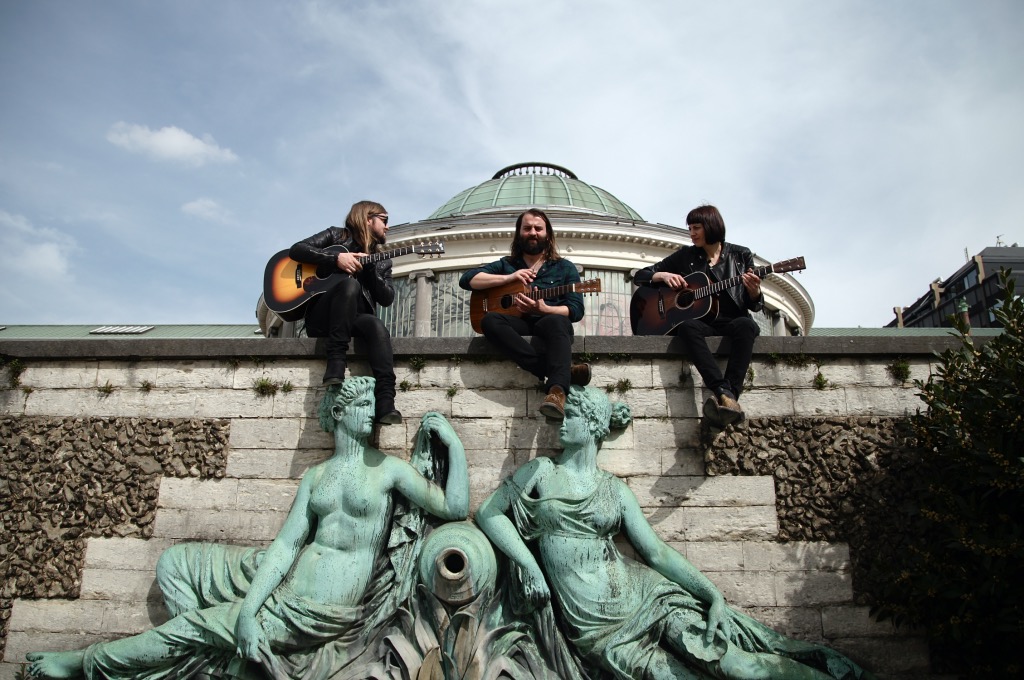 We had almost given up on it when the day before their arrival in Belgium we finally received confirmation that we could indeed film the English Band of Skulls.

The band, which celebrates its tenth anniversary this year, had, for the occasion, completely re-arranged two titles from its new album “Himalayan”, thus offering us an accoustic version far removed from the version that the audience of Botanique would discover a few hours later.

We sat down on the sunny stairs of the Botanique surrounded by sandwich eaters and curious passers-by.  That’s where the band from Southhampton performed “Asleep At The Wheel” and “Nightmares”