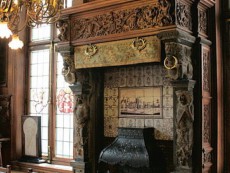 House of the Arts

The building, located at no. 147, Chaussée de Haecht/Haachtsesteenweg, conceals a dwelling built in 1826 for a rich linen merchant by the name of Charles-Louis Eenens. Two wings were added by the nex...

It’s true that Bruxelles Ma Belle is not particularly fond of German Pop… to tell you the truth, we don’t know German Pop at all!  But we ran into Milky Chance! Lively songs, an atypical timbre…they have what it takes to please!

In Germany they already play to a full house with every passage, their « Stolen Dance » has millions of views on Youtube… Clemens Rehbein and Philipp Dausch just released their first album « Sadnecessary ” eager to conquer Europe.

They had never played in Belgium before so we welcomed them in a typical Brussels ‘estaminet’ hidden in the shadow of the Maison des Arts… And they offered us a deliciously acoustic version of their  « Stolen Dance » after which they settled in the small garden to interpret “Nevermind” !

A few months later they became real international stars touring the world… We gladly look back at this magic moment when Milky Chance were simply Clemens and Philipp, two friends in love with music, singing in a small and empty Brussels pub…