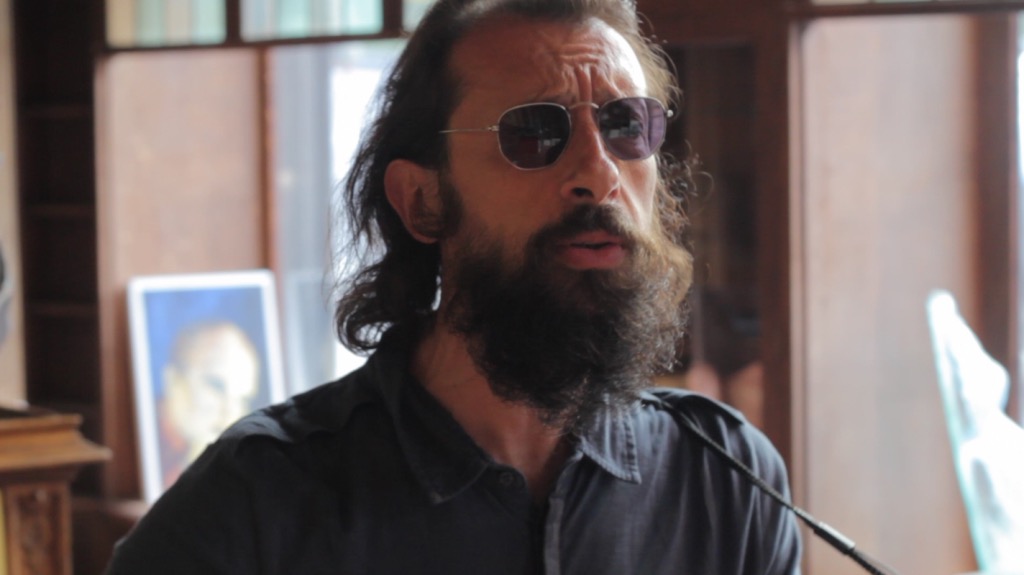 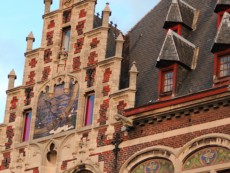 It is Paul Saintenoy who, in 1898, realized this magnificent Neo-Gothic, Neo-Renaissance building for the pharmacist Charles Delacre. This former pharmacy has now turned into an art gallery which...

Jp Nataf is a man with style. His musicians as well.  And his friends also (Mathieu Boogaerts, Bertrand Belin, Albin de la Simone, Mina Tindle…).  We could feel the pressure on this Sunday at the Brussels festival.

They were at ease as they let us direct them.  Performing on two different levels was not the easiest thing to ask of them!  Without flinching and with a smile they played “Viens me dire” from “Clair”, Jp’s latest album.

The trio then came together among sculptures, paintings and other objects to play the wonderful “Après toi” with the gorgeous early 20th century pharmacy turned into art gallery as a backdrop.