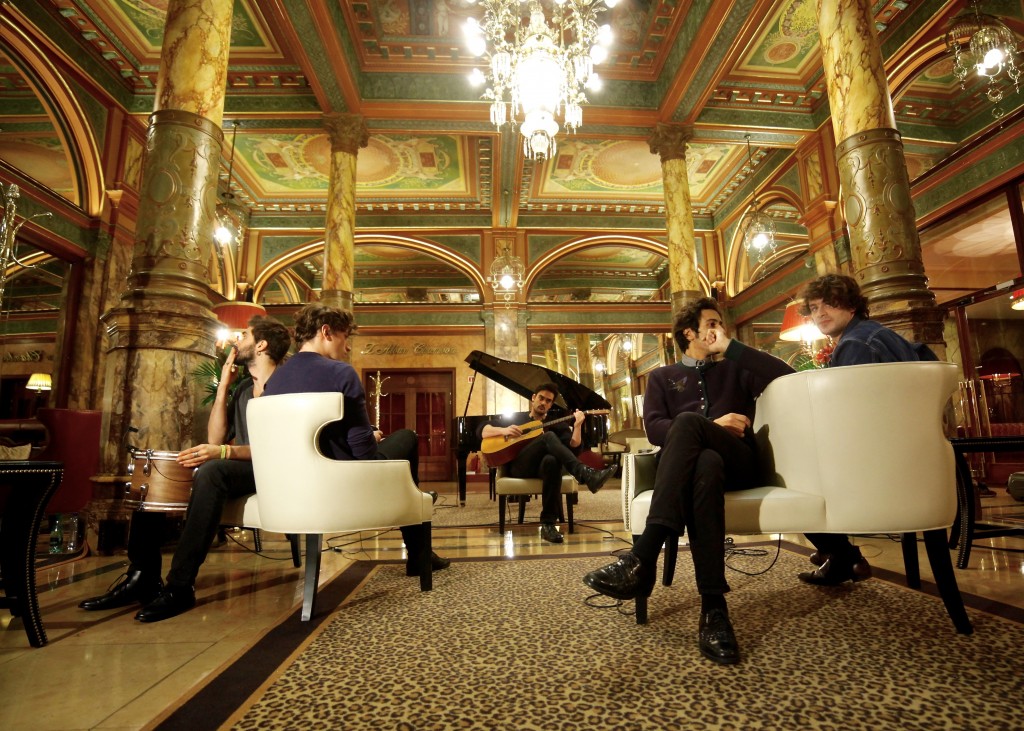 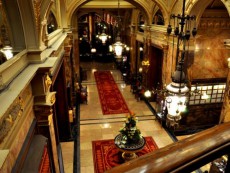 Le Café Métropole opened in 1890 by the Wielemans brothers, brewers at Forest with the aim of promoting their beers. Due to their tremendous success, they bought the neighbouring building, the...

It was the day before their first album release « Ici le jour (a tout enseveli) » and a couple of hours before their sold-out concert in the Botanique that we met the 5 guys of Feu! Chatterton.

After their first EP the band was labelled « pop-rock revelation » of 2014. They toured in all parts of France and gained popularity by playing at the bigger European festivals. For this session the Metropole Hotel opened the doors of their bar for us.  A piano proudly resides in the middle of this incredible room.

Because the guys weren’t used to the acoustics in the room they decided to take time out to rearrange their songs « Boeing » and “Le Pont Marie”. They played for us a magical and intimate acoustic session…