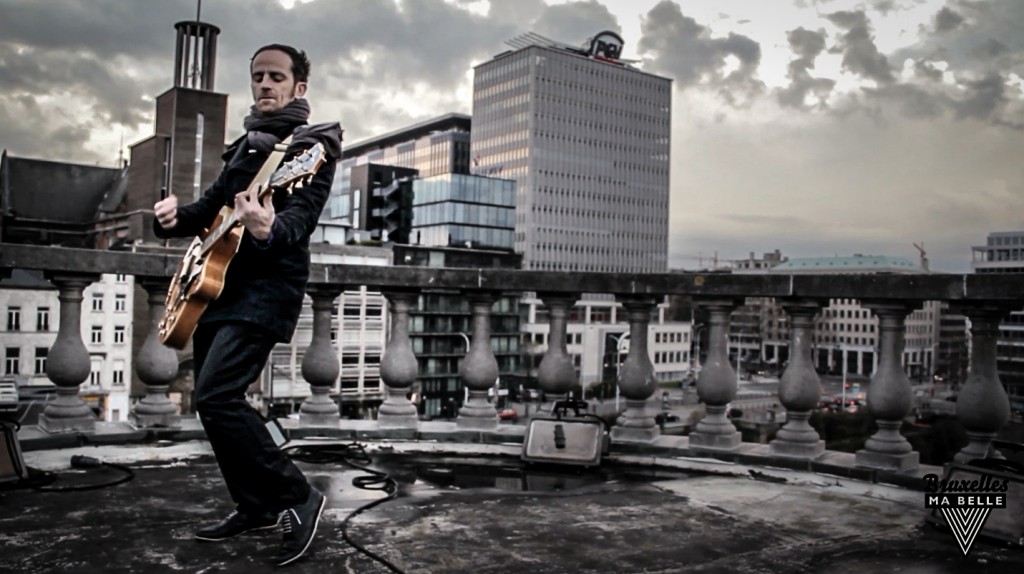 Dionysos has the reputation of being THE most explosive French rock band on stage.  They demonstrated it once again this summer as they set festival audiences from around the world on fire.

But it’s in May that Mathias Malzieu came to present their last record, “Bird ‘n’roll, in a crammed Orangerie at the Botanique.  A few hours before making a Belgian crowd dance on Bird ‘n’ roll, Mathias got 100% into the character of stuntman Cloudman whose story he sings about, by climbing the Botanique and its beautiful dome.